In the troposphere, temperatures decrease as we increase in altitude. Therefore, it is more normal for it to be colder in mountain areas than at sea level. However, there are some atmospheric phenomena that cause a change in this gradient that causes it to be reversed. It is known as thermal inversion. It is a process in which the temperature rises in altitude.

In this article we are going to tell you what thermal inversion is, how it originates and how it is related to air pollution.

What is thermal inversion 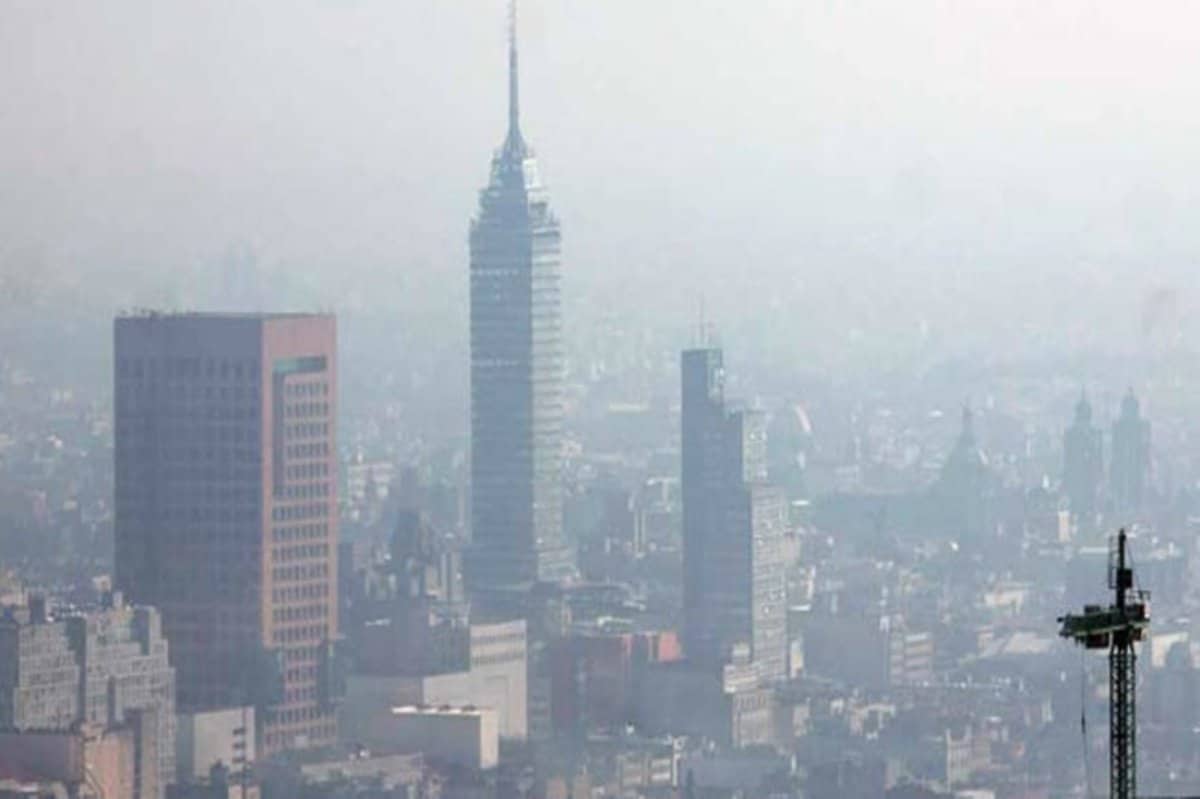 It is a process in which the temperature increases the height. That is, in the lowest areas of a city, for example at sea level, we find lower temperatures than if we ascend a mountain. It is the opposite of what normally happens.

This thermal inversion is due to some special situations in which the layers of cold air descend and remain stable. Let's remember some basic concepts of atmospheric dynamics. When there are anticyclones the air descends from higher layers and in storms it does the opposite. Work your way up to higher layers. Thermal inversion occurs under anticyclone conditions and with great atmospheric stability.

In a thermal inversion we can see how the cold air from the upper layers descends to the lower layers close to the earth's surface. This downward movement of cold air is known as Subsidence. Throughout this descent, the air is compressed more and more, increasing its pressure and increasing its temperature. In addition, it is losing moisture so there are no clouds. We can see how, when it reaches the surface, it expands and diverges. This makes it spread over the entire surface creating layers of stability.

How the thermal inversion is formed 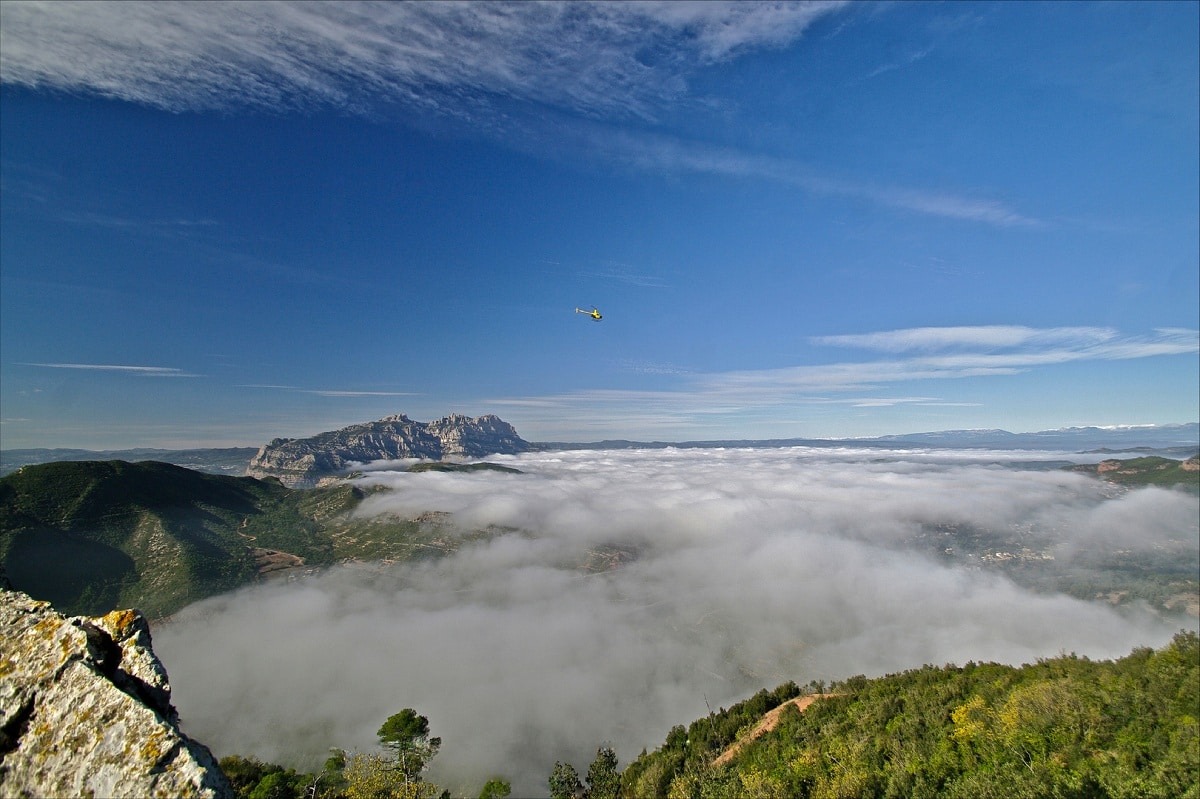 Upward movements of air masses due to global warming are inhibited and with it the possibility of instability. The absence of these air movements prevents air masses of different temperatures from mixing. When night comes, the earth loses the temperature it has reached during the day thanks to solar radiation very quickly. This heat is transmitted to the air that is in contact with the ground. Cold air is much heavier and is deposited at the bottom of the valleys and therefore, during the mornings the temperatures are colder.

It must be remembered that in these situations of thermal inversion the air descends from higher layers and warms up so that the warm air would remain on top of the cold air. This causes a plug or lid to form. Since the upward movements of the air are completely inhibited since there are no winds given the great stability, these masses of different characteristics do not mix and therefore the phenomenon of thermal inversion occurs.

The most normal thing is that the atmospheric temperature decreases with the height, but in this case there is the thermal inversion.

In order for thermal inversion to occur, various situations have to occur. During the night, the earth's surface cools rapidly, losing all the heat it has accumulated during the day. This layer of air has a lower temperature than the immediately higher one. This means that the airs have different densities, which prevents them from mixing. As the sun appears again it begins to correct the thermal inversion and it smells to warm the earth's surface, restoring normal conditions.

This phenomenon occurs to a greater extent in valley areas as the cooling by irradiation is greater. If there is a high contrast between day and night temperatures, it is more likely that there is a thermal inversion. When there is a thermal inversion it is easily recognizable. This is due to the fact that the fog or smoke tends to concentrate in the vicinity of the earth's surface. and extends horizontally. It is more common to occur in maritime areas and in valley areas. It normally occurs in areas where, due to its morphology, normal air circulation is difficult. 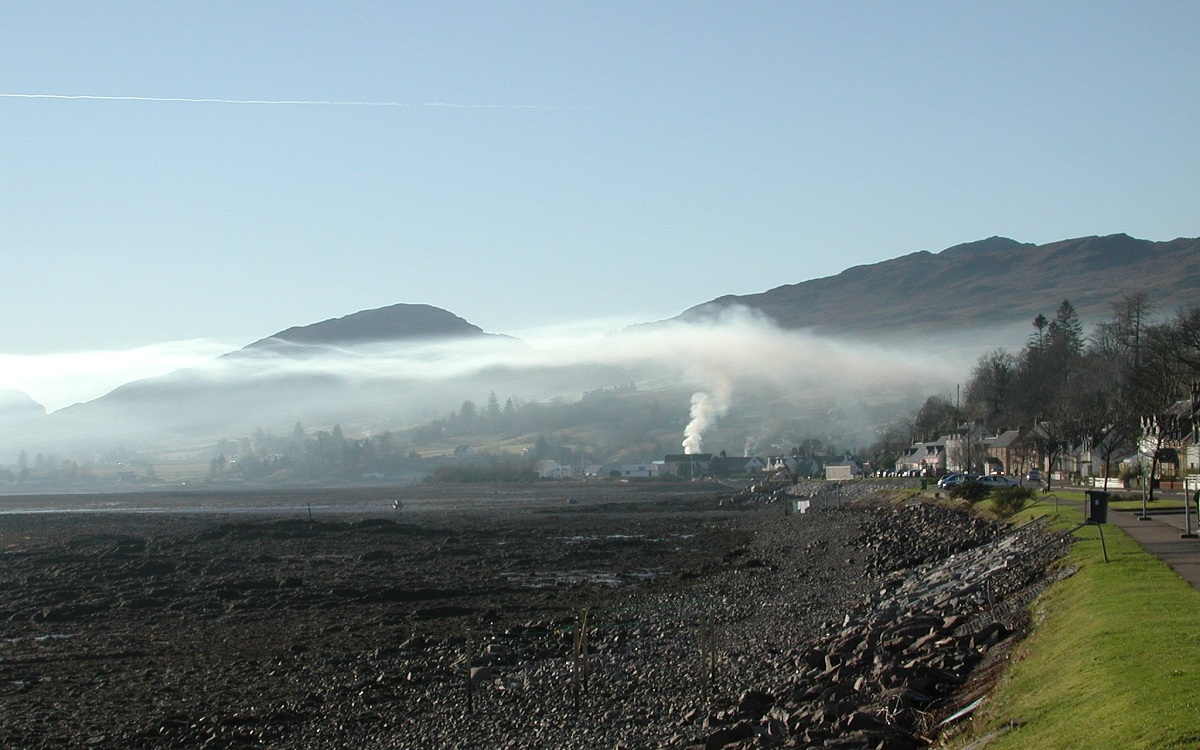 We have mentioned that during the thermal inversion process a layer of atmospheric stability is generated on the earth's surface. This layer is made up of cooler air that is denser and stays in the lower layer. This makes it impossible to mix the two layers of air that have different density when having different temperatures. Therefore, it is quite easy to conclude that one of the main effects that thermal inversion can cause is that pollution is trapped on the earth's surface without the possibility of dispersing into the atmosphere.

Normally, the air tends to rise and allows us to disperse the atmospheric pollution from the lower areas. However, in thermal inversion, the higher temperature stratum acts as a cover over the colder air that is in contact with the soil surface. This is where a large amount of pollutants are stored. One of the immediate consequences is smog. This layer of pollution can be seen from several kilometers away and often leads to a drop in air quality levels.

The consequences on human health of this phenomenon are translated into an increase in medical consultations due to respiratory and cardiovascular problems. It must be taken into account that breathing polluted air especially attacks risk groups such as sick people, the elderly or children. And is that the levels of nitrogen dioxide and sulfur dioxide are stored during periods of thermal inversion. Furthermore, 10 and 2.5 micron size particles are concentrated and penetrate the pulmonary alveoli.

I hope that with this information you can learn more about the phenomenon of thermal inversion.