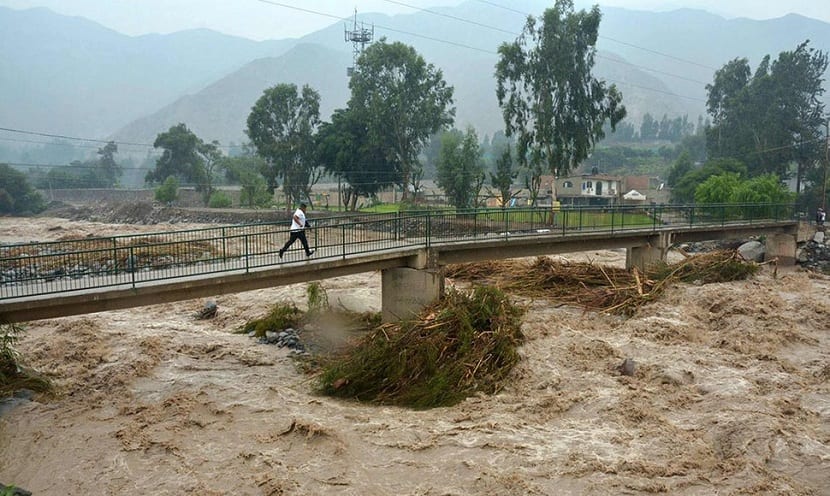 The El Niño phenomenon has been analyzed for decades following a statistical pattern that reflects the influence of meteorological variables on the succession cycles of this phenomenon. According to a new study that develops a physical model based on levels of seismicity and high prediction precision says that the El Niño phenomenon should be reviewed.

The title of this study is called "The missing link in the generation of the El Niño phenomenon" and has been prepared by the Spanish scientist Fernando Mato and the Greek Theofilos Toulkeridis, and published in its latest edition by the specialized journal "Science of Tsunami Hazards ". Do you want to know what this study is about?

According to the authors of this research, it has been possible to find one of the main causes why this climatic phenomenon occurs. Until now its operation is known once it begins to occur, but his prediction has always been very difficult.

"This discovery that for the first time gives the origin of the El Niño phenomenon, represents a paradigm shift in everything that was preconceived and in turn in global climate models," explained Fernando Mato, PhD in Telecommunications from the University of Vigo ( Spain) and Prometheus researcher at the ESPE Armed Forces University of Quito.

Since this type of phenomenon began to be studied, studies have focused on relating these events to the surface temperature of the oceans, the atmosphere or pressure. However, the key to the discovery has been to rethink this model.

Seismic relationships have been studied and a clear correlation has been found between a large increase in seismic activity in the regions found on the Pacific Plate (caused by telluric movements at its limits) and the succession of the El Niño phenomenon.

"The Pacific belt agglutinates around 90 percent of seismic activity at a global level and there are studies in the past that found certain correlations, but they did not demonstrate precisely what that relationship was," says the researcher.

"We studied the interior of the Pacific Plate and discovered a correlation between the El Niño phenomenon when it occurs strongly or very strongly, with the increase in seismicity in certain areas ", he specified.

As seismic activity increases in the Pacific, large quantities of magma plumes are produced that end up on the surface of the seabed. These feathers have temperatures between 400 and 1200 degrees and stretch for almost 800 kilometers.

Thanks to this study, it has been guaranteed that there will not be an El Niño phenomenon recently since the right conditions are not in place for it to occur.