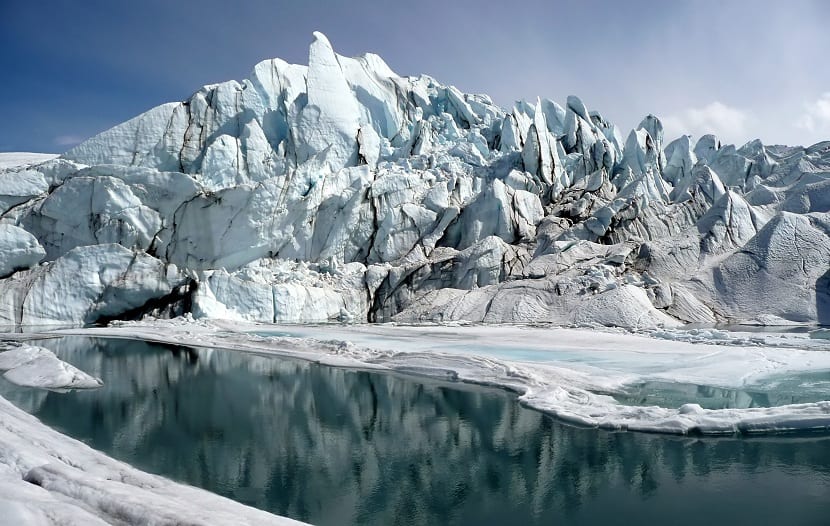 During all the millions of years that have passed since the Earth formed, there have been times of ice age. They are called as ice Age. These are periods of time where climatic changes occur that lower the temperature globally. They do it in such a way that most of the earth's surface freezes over. It is important to know that when you talk about climate change you have to have a reference to put yourself in the perspective of our planet.

Do you want to know the processes of glaciation and ice age of our planet? Here we reveal everything.

Characteristics of an ice age 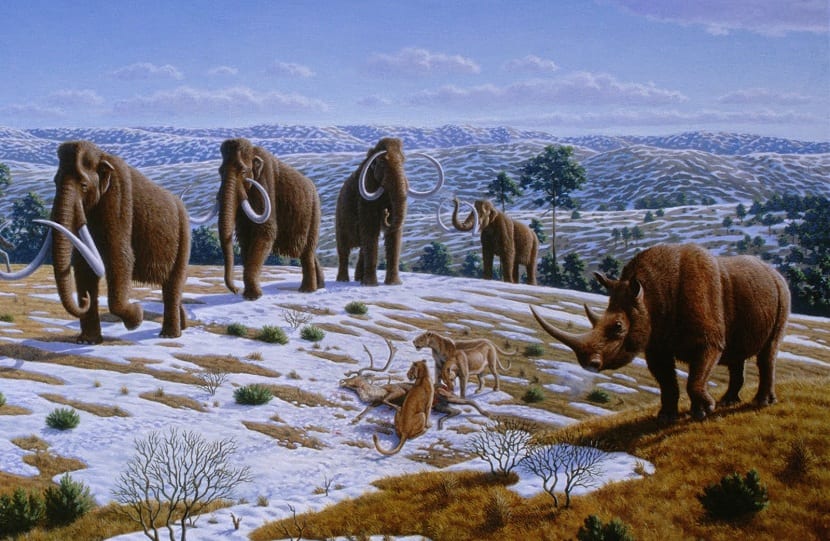 An ice age is defined as a period of time characterized by the permanent presence of an extensive ice cover. This ice extends to at least one of the poles. Earth is known to have passed 90% of your time during the last million years in the 1% of the coldest temperatures. These temperatures are lowest since the last 500 million years. In other words, the Earth is trapped in an extremely cold state. This period is known as the Quaternary Ice Age.

The last four ice ages have taken place with 150 million year intervals. Therefore, scientists think that they are due to changes in the orbit of the Earth or changes in solar activity. Other scientists prefer a terrestrial explanation. For example, the appearance of an ice age alludes to the distribution of the continents or the concentration of greenhouse gases.

According to the definition of glaciation, it is a period characterized by the existence of ice caps at the poles. By that rule of thumb, right now we are submerged in an ice age, since the polar caps occupy almost 10% of the entire earth's surface.

Glaciation is understood as a period of ice ages in which the temperature is very low globally. The ice caps, as a consequence, extend towards lower latitudes and dominate the continents. Ice caps have been found in latitudes of the equator. The last ice age took place about 11 thousand years ago. 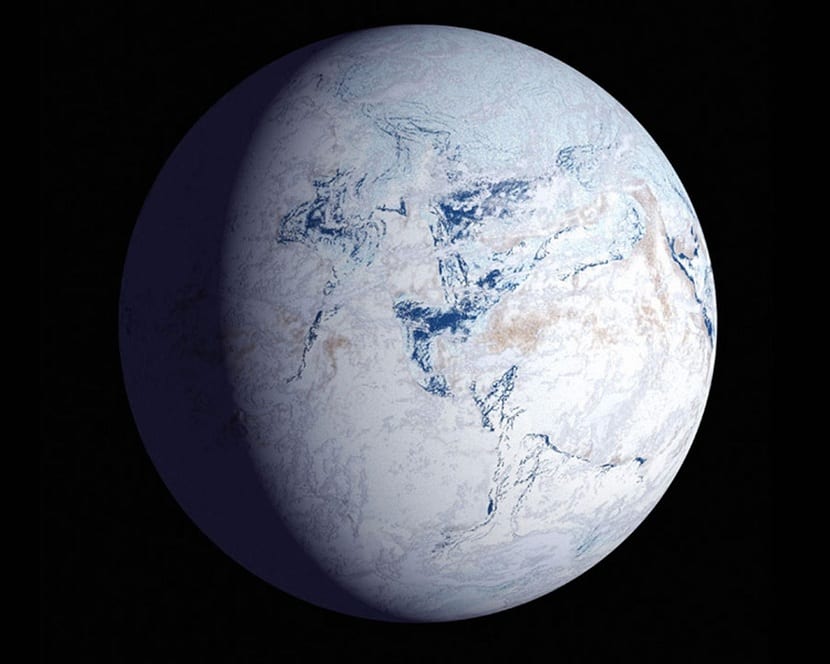 There is a branch of science that is responsible for studying glaciers. It's about glaciology. It is the one in charge of studying all the natural manifestations of water in solid state. With solid water they refer to glaciers, snow, hail, sleet, ice and other formations.

Each glaciation period is divided into two moments: glacial and interglacial. The former are those in which environmental conditions are extreme and frosts occur almost everywhere on the planet. On the other hand, the interglaciers are more temperate, as they are today.

Until now, five periods of ice age are known and have been verified: Quaternary, Karoo, Andean-Saharan, Cryogenic and Huronian. All of these have taken place since the time of Earth's formation.

Ice ages are characterized not only by sudden drops in temperature, but also by rapid rises.

On the other hand, the Andean-Saharan glacial period has lasted only 30 million years and took place between 450 and 430 years ago. The most extreme period that has taken place on our planet is undoubtedly the cryogenic. It is the most severe ice age in the entire geological history of the planet. At this stage it is estimated that the ice sheet that covered the continents reached the geographical equator.

The Huronian glaciation began 2400 billion years ago and ended approximately 2100 years ago. 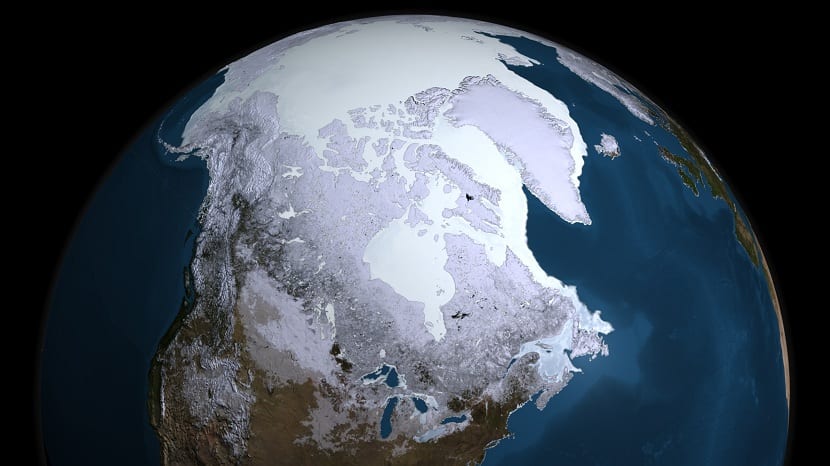 We are currently in an interglacial period within the Quaternary glaciation. The area that the polar caps occupies reaches 10% of the entire earth's surface. The evidence tells us that within this quaternary period, there have been several ice ages.

When the population refers to "The Ice Age" it refers to the last ice age of this Quaternary period. The quaternary began 21000 years ago and ended about 11500 years ago. It occurred simultaneously in both hemispheres. The largest extensions of ice were reached in the northern hemisphere. In Europe, the ice advanced, covering all of Great Britain, Germany and Poland. All of North America was buried under ice.

After the freeze, the sea level dropped 120 meters. Large expanses of the sea today were on land for that era. This data is quite relevant when studying the genetic evolution of many populations of animals and plants. During their movement across land surfaces in the ice age, they were able to exchange genes and migrate to other continents.

Thanks to the low sea level, it was possible to go on foot from Siberia to Alaska. The great masses of ice they reached a thickness of 3.500 to 4.000 meters, covering a third of the emerged lands.

Today, it has been calculated that if the remaining glaciers melted, the sea level would rise between 60 and 70 meters. 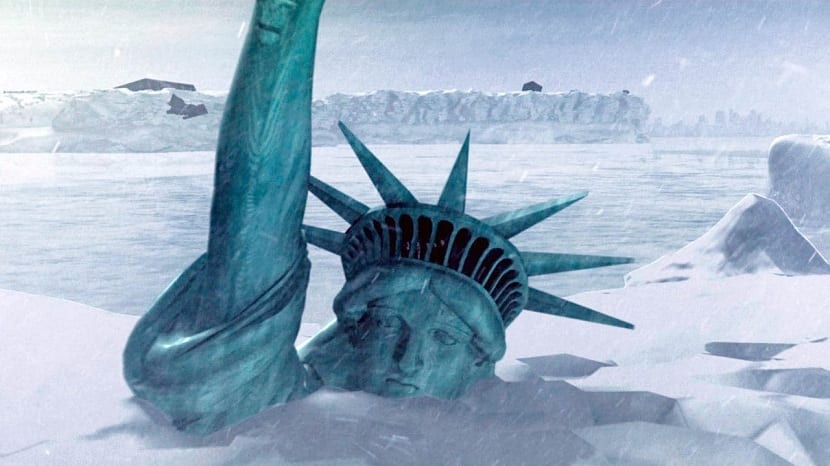 Finally, there are theories that link the impact of meteorites or large volcanic eruptions with glaciation.

The causes have always generated controversy and scientists say that we are close to ending this interglacial period. Do you think there will be a new ice age soon?