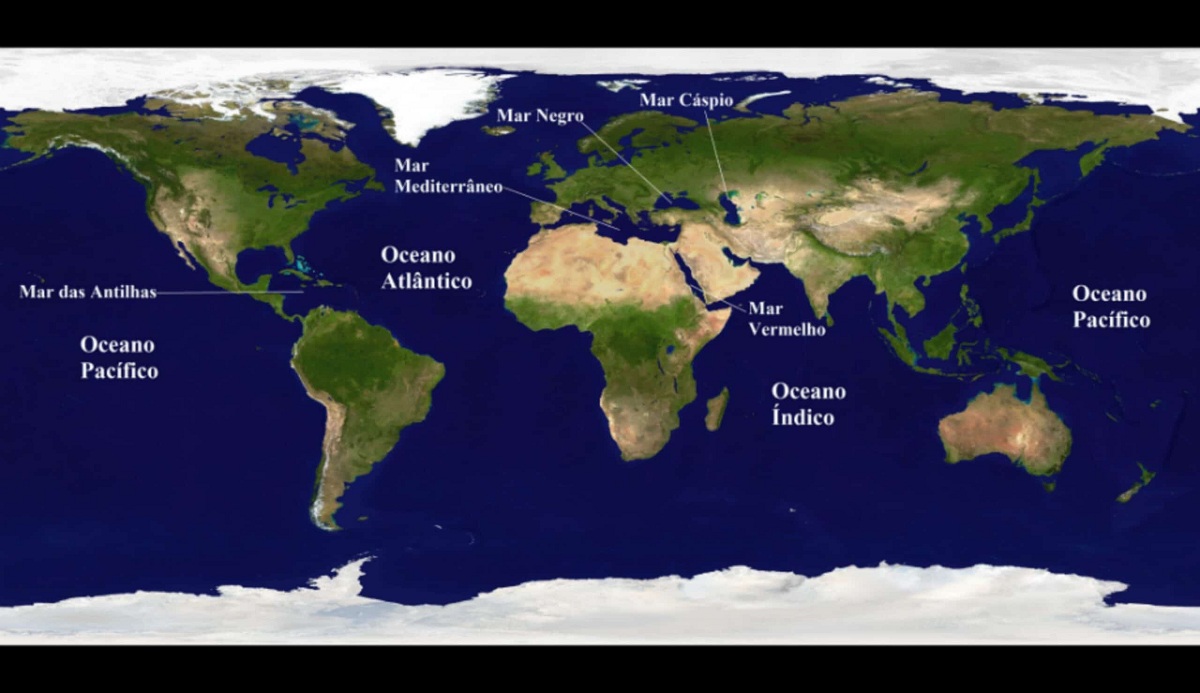 Although all the waters of the planet are really the same, the human being has divided these waters into seas and oceans according to the characteristics of the same water and the geographical location. In this way, it is possible to better classify biodiversity, natural resources and geography. There are numerous seas of the world beyond the 7 seas that were thought to be in antiquity. Each of them has its own characteristics and there are some that are larger than others.

In this article we are going to tell you about the different seas of the world and their main characteristics.

Seas of the world 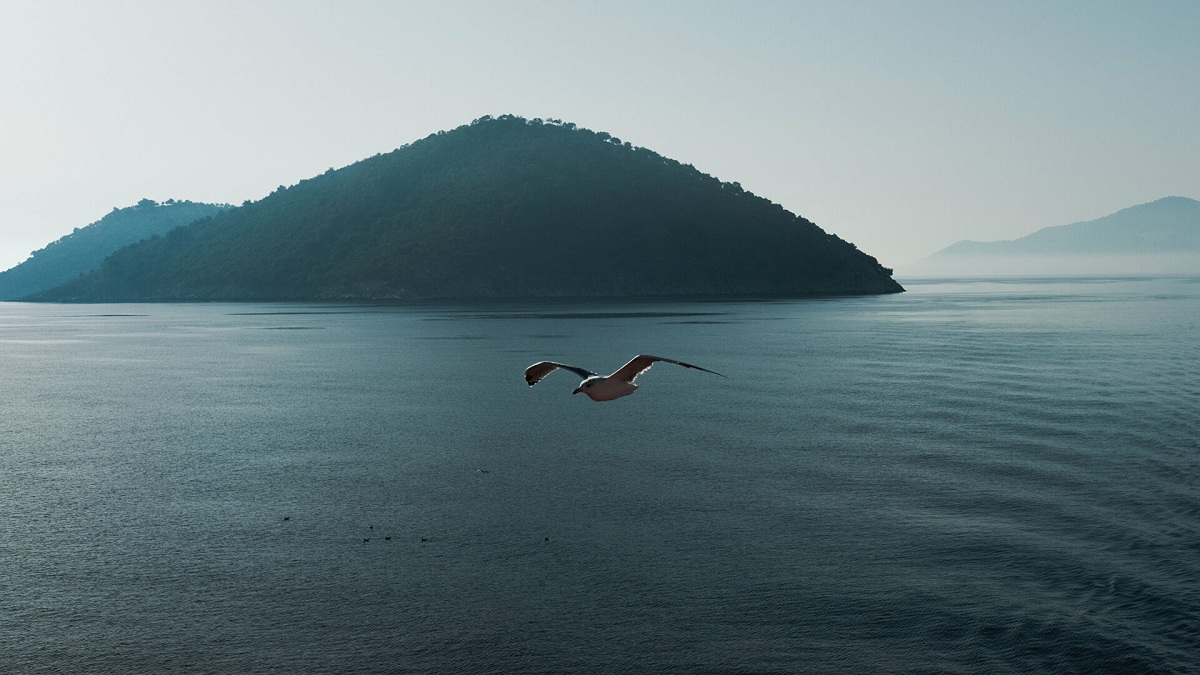 The ocean is the habitat of thousands of species and the medium through which ships move. Their range is enormous, much larger than the surface of the earth, and they still contain many mysteries. The seas and are located closer to the continental shelves. The continental shelf is where large amounts of natural resources and biodiversity are found. It is an area close to the continents as its own word indicates.

Most of the biodiversity that inhabits our planet is in the world's seas. Also, contrary to popular belief, they are the true lungs of the earth. For humans, they are places of leisure, entertainment and contemplation. A continuous but not inexhaustible source of water that can reach homes in many parts of the world. Due to fishing, they are also a fundamental element for the country's nutrition. They are also the basis of tourist activities and have brought many benefits to countries like ours.

If we had the seas of the world divided by continent, we have a list like this:

The 5 largest seas in the world

By extension, there is a list of the 5 largest seas in the world. These are the following:

We are going to detail a little more what are the characteristics of these larger seas.

Covering an area of ​​almost 4 million square kilometers, the Arabian Sea is the largest sea in the world. It is also known as the Oman Sea and the Arabian Sea. It is located in the Indian Ocean. Has a depth of almost 4.600 meters and has coasts in the Maldives, India, Oman, Somalia, Pakistan and Yemen.

The most important islands are the Laccadive Islands (India), Masira (Oman), Socotra (Yemen) and Astora (Pakistan).

Covering an area of ​​3,5 million square kilometers, the South China Sea is the second largest maritime area in the world. It is located on the Asian continent, many of which are islands that are the subject of territorial disputes between Asian countries. One of the great problems facing this sea is the loss of biodiversity. This loss is caused by overfishing and the culture of Asians to eat raw fish. These areas are rich in fish of all kinds and are affected by overfishing.

You also have to take into account a negative aspect such as pollution. Let's not forget that China has one of the worst air pollution and waste dumping. The pollution of the waters in these seas is quite high.

Except for the golden islands with many white sands and coconut trees on the beach, the Caribbean Sea is one of the deepest seas on the planet, reaching a depth of 7,686 meters. From an oceanographic point of view, it is an open tropical ocean. The one of the places with the greatest biodiversity and a very clean beach. For this reason, it has become one of the best-known tourist destinations worldwide. Year after year, thousands of tourists go to this island throughout the year. 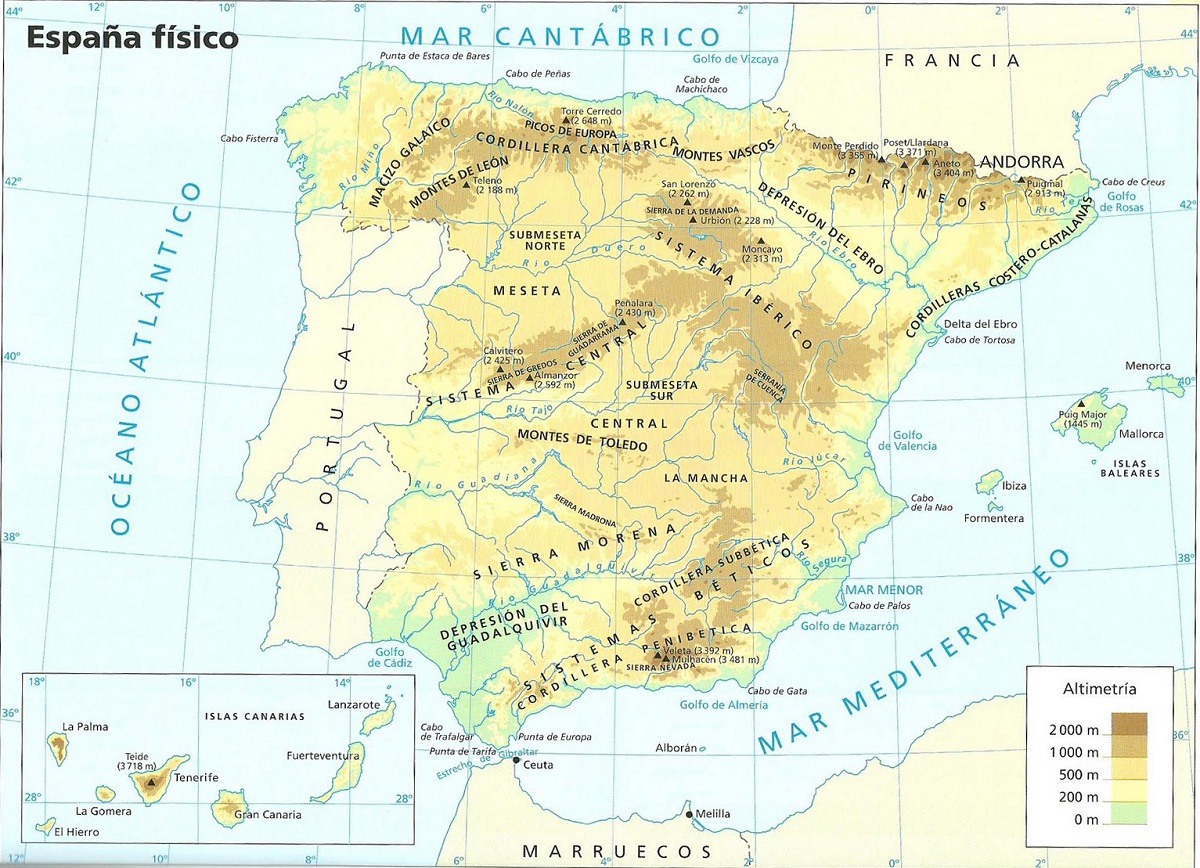 In Spain we have 3 seas and an ocean that borders the peninsula. We have the Mediterranean Sea, the Cantabrian Sea, the Alboran Sea and the Atlantic Ocean.

This sea area contains a lot of water, which represents 1% of the world's total seawater. Volume of water it is 3.735 million cubic kilometers and the average depth of the water is 1430 meters. It has a total length of 3860 kilometers and a total area of ​​2,5 million square kilometers. All these amounts of water allow the three peninsulas of southern Europe to bathe. These peninsulas are the Iberian Peninsula, the Italian Peninsula and the Balkan Peninsula. It also bathes in the Asian peninsula known as Anatolia.

This can be a great unknown in Spanish waters, perhaps due to its small surface compared to other waters. The Alboran Sea corresponds to the westernmost point of the Mediterranean Sea and is 350 kilometers long from east to west. The maximum width from north to south is 180 kilometers. The average depth is 1000 meters.

The Cantabrian Sea is 800 kilometers long and has a maximum depth of 2.789 meters. The surface water temperature changes from 11ºC in winter to 22ºC in summer. The Atlantic Ocean bathes the northern coast of Spain and the extreme southwest of the Atlantic coast of France. One of the characteristics of the Cantabrian Sea is the strong wind that blows over it, especially in the northwest. The origin of these forces occurred in the British Isles and the North Sea.

I hope that with this information you can learn more about the different seas of the world and their characteristics.