In this article we are going to tell you all the characteristics, origin and geology of the Scandinavian Alps. 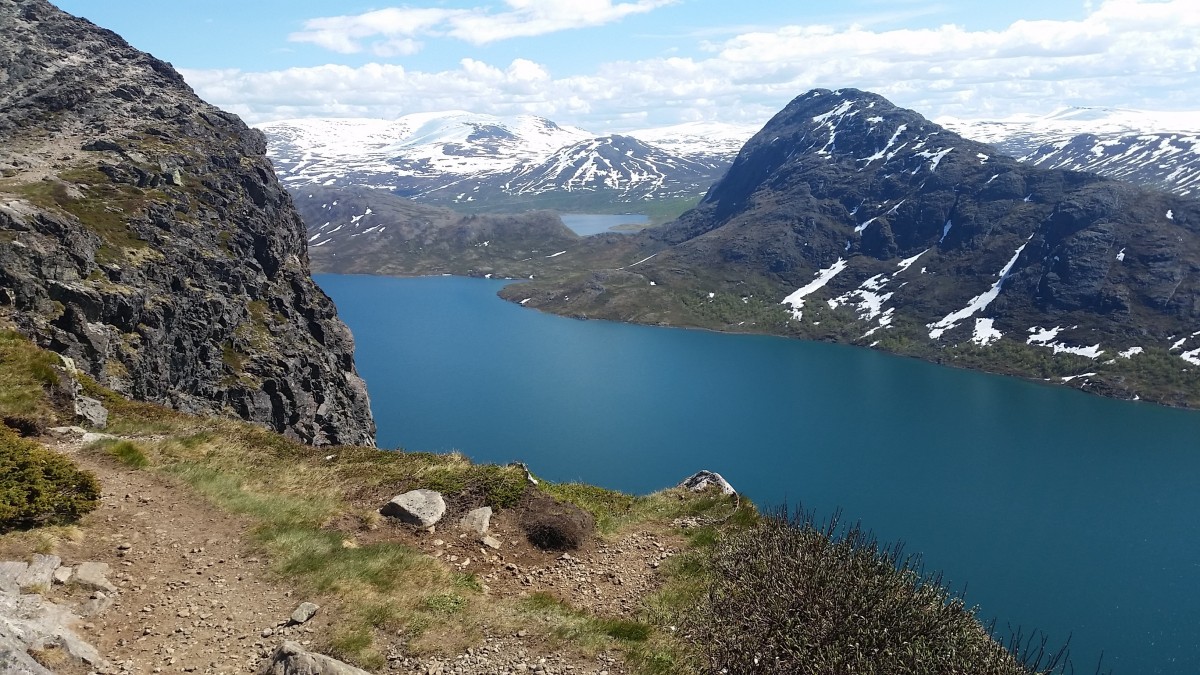 The Scandinavian Alps did not stand out for their height, but for their beauty and richness in biodiversity. The highest heights are the Glittertind Mountains, 2452 meters high, and Galdhøpiggen, 2469 meters high, both in Norwegian territory. The name of the peninsula comes from Scania which is an ancient term used by the Romans in their travel letters. This term refers to the Nordic countries. With an area of ​​1850 km from north to south, 1320 m from east to west and an area of ​​more than 750000 square km, This is the largest peninsula on the European continent.

Scandinavian Alps and the peninsula

The entire peninsula is surrounded by various bodies of water. On the one hand, we have the Barents Sea in the northern part, the North Sea in the southwestern part in which the straits of Kattegat and Skagerra are included. Kattegat has surely become super known due to the very popular Vikings series. To the east is the Baltic Sea which includes the Gulf of Bothnia and to the west is the Norwegian Sea.

The entire region is surrounded by the island of Gotland stacks autonomous islands of Alland. Diet is the one found between Sweden and Finland. This entire region is rich in iron, titanium and copper, which is why it has been very rich since ancient times. On the shores of Norway Oil and natural gas deposits have also been found. The presence of these deposits is closely related to the ancient structure of the tectonic plates and the magma that was able to penetrate between the plates.

The Scandinavian Alps and the entire peninsula have a mountainous territory par excellence. Half of the area was covered by hilly terrain that belonged to the ancient Baltic Shield. The Baltic shield is nothing more than a rock formation originated approximately 400 million years ago and that was mainly formed by crystalline metamorphic rocks. These crystalline metamorphic rocks originated as a result of the more accelerated cooling that took place as a result of the magma expelled from the plates. Most of the Scandinavian Andes are in Norway, while in Sweden all the mountainous areas are concentrated in the west of the country. On the other hand, the Finnish peaks are those of lower height.

As a curiosity, this peninsula has a great variety of geographical formations that include coasts, glaciers, lakes and fjords. The fjords are V-shaped since it has been created by glacial erosion and occupied by the shapes of the sea. The fjords of Norway are the most emblematic and the ones that can be seen in the Viking series. If we go to the northwest of the region, we can see the Scandinavian Alps which are also called mountains over 2000 meters high. They are not only known for their height, but also as landmarks that mark north of the border between Norway, Sweden and Finland.

There are more than 130 mountains that exceed 2.000 meters in height. They are distributed in 7 areas known as: Jotunheimen, Breheimen, Reinheimen, Dovrefjell, Rondane, Sarek and Kebnekaise. Most of the mountains are concentrated in Jotunheimen, in South Norway.

Let's see which are the main Scandinavian Alps according to the territory.

The highest peaks on the entire Scandinavian peninsula are in Norway. In fact, the ten highest mountains and are distributed between Oppland and Song og Fjordane counties. Mount Galdhøpiggen, at 2469 m, is the highest peak in Norway and the Scandinavian Peninsula. The second place is occupied by Mount Glittertind with 2465 m at its highest point. Before it was considered the highest point, but it is because the measurements that were made counted a glacier that was on top of the natural top. Over the years the glacier has been melting and it has already been possible to establish the measurements and order well.

In Sweden there are 12 peaks that exceed 2000 meters in height. The vast majority of them are found in the Sarek National Park and in the northern region of Kebnekaise highlights the Kebnekaise peak with 2103 meters. It is the highest peak taking into account all the glaciers that cover it. If these glaciers weren't there, the highest peak would be Kebnekaise Nordtoppen

If we go to the peaks of Finland, almost all of them are below 1500 meters of altitude and the most prominent are located in Finnish Lapland. Here stands out Mount Halti is 1324 meters high and is the highest. It is located in Norway and shares a mountainous formation, Finland.

I hope that with this information you can learn more about the Scandinavian Alps and its characteristics.