Nature does not stop surprising human beings from the beginning. Extreme natural phenomena That leave you with your mouth open and the strangest events. The rain of fish and frogs It is a phenomenon that dates back to 200 AD. C and since then some of them have happened that leave you really surprised. Although there are mainly rains of fish and frogs, worms and even mice have also been found. There are people who summarize it in animal rain, since you do not know where the surprise can come from.

In this post we are going to tell you all the secrets that these strange phenomena hide and what is the origin. Do you want to discover the truth behind the rain of fish and frogs? Keep reading to know more. 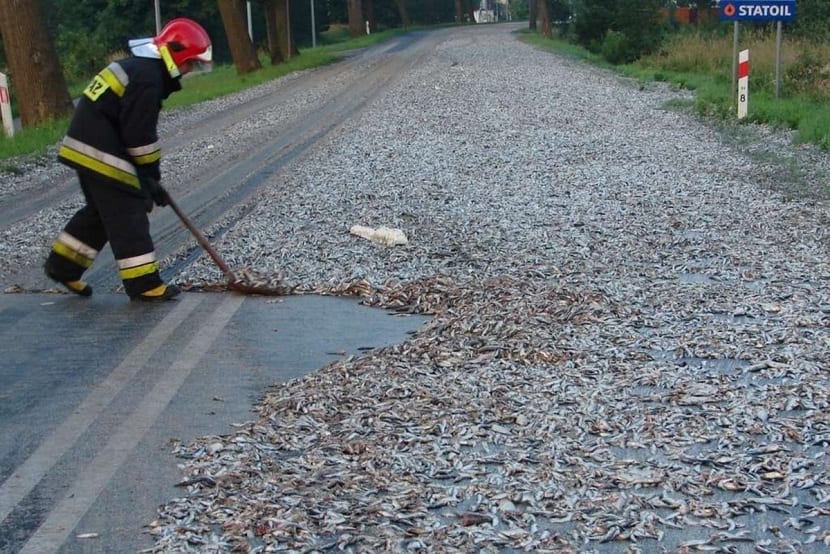 To think that animals are raining is totally crazy. There are those who attribute this type of rain to something divine. Some kind of punishment from God (or gods) who cast us out to atone for our sins. Other skeptics They doubt the existence of these rains and do not believe in them. Fruit of the propaganda and religious slogans about obedience to God or the announcement of the end of the world may be the reasons for such an invention.

However, there are real testimonies and evidence that the rain of fish and frogs exists. In 1997, a Korean fisherman was knocked out by a frozen squid That came straight from the sky Faced with such a fall, the fish picks up a lot of speed and hits the head hard, causing direct fainting. The fisherman was unconscious for two days and suffered brain damage. Both his companions and he claimed that he had neither been attacked nor that he had any fish on board in reserve. No one could explain the reason why that frozen squid could fall from the sky.

And it is that these rains of animals are not urban legends as they are used to saying. There are numerous well-documented evidences that show the reality. A special case that is filmed took place in 2013. A Brazilian boy was driving with his car when, suddenly, Thousands of spiders began to fall from the sky on his head. This event left many people speechless who, without knowing how it happened, could only try to explain it.

Another event posted on the New York Times It happened when a Russian fishing vessel sank because of nothing more and nothing less than a cow dropped from the sky. What is a cow doing in the sky? 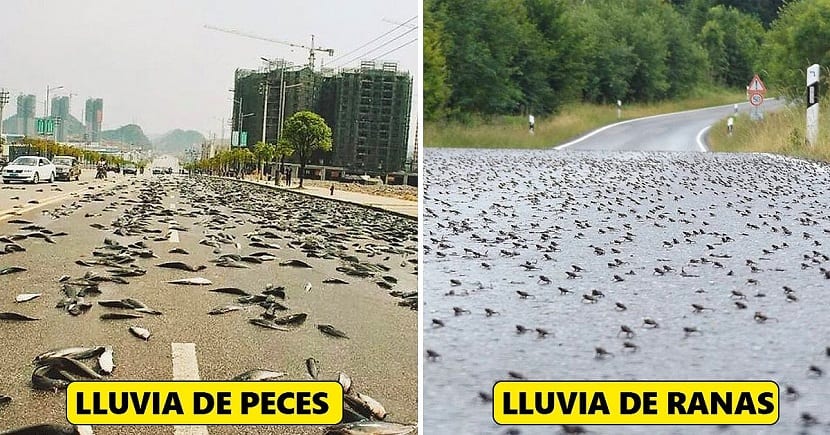 The problem with these strange and infrequent events is that it is full of literary fantasies and there is a lot of hoax on the internet about religions. The Greek rhetorician Athenaeus spoke about the banquet that the scholars had in 200 AD. It is the first evidence that we have about this extraordinary event. In this banquet he assured that they were 3 days with fish rain. In addition, in Peloponnese there is also a story where it is said that there were a deluge of frogs.

More recently, in 1578, it is claimed that in Bergen (Norway) was hit by a mysterious rat storm. I don't know which is worse of the three rains. I would opt for rats, since they are assured transmission of diseases.

In 1870, in Pennsylvania, it took place a massive shower of snails over the city of Chester. So numerous were the snails that they called this event "a storm within a larger storm." In 2007 a jellyfish shower was recorded in the city of Bath.

Much more recent happened a rain of worms and worms in Louisiana in 2007, Scotland while a football match was taking place in 2011 experienced the same and also in Norway in 2015. All these recorded events are irrefutable proof of the existence of these rains.

Although there are a variety of these rains, the most frequent are frogs and fish. Rains of frogs have taken place in Gibraltar in 1915, in Nauplia and Serbia in 1981. Some witnesses of these rains affirm that even the frogs did not resemble the native ones of the place. For example, of the rain that occurred in Serbia, a witness assured that there are no native turtles that have a green color, but that they are gray and that they were faster.

Take advantage of the event 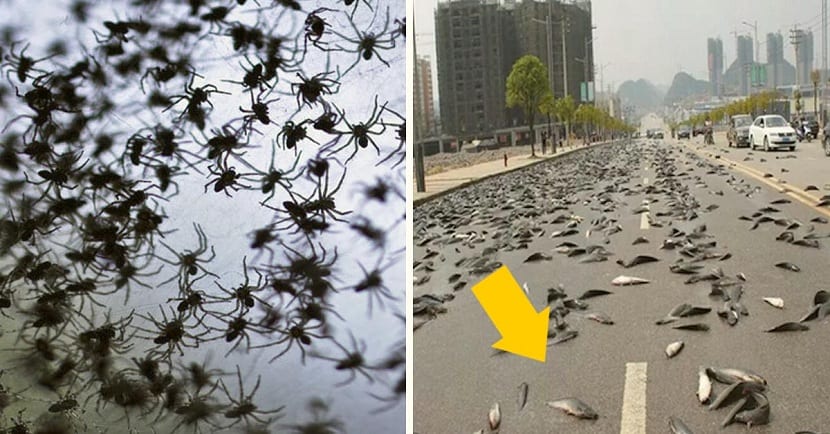 There are cities that take advantage of this type of animal rain as gifts from the sky. In Sri Lanka in 2014, a shower of fish took place on the rooftops and streets of the city. The villagers took advantage of that gift to celebrate a feast of fish weighing more than 50 kg. The fish that survived the fall were collected to later serve as food.

In other countries like Yoro (Honduras) every year from May to July, the great harvest from heaven is eagerly awaited. And is that there is even a festival that commemorates this rain of fish. The sign that this extraordinary event will take place is a great dark cloud that will cause the storm of animals. This miraculous rain is used by the inhabitants to cook and eat in community.

Hypothesis of the rain of fish and frogs

Like everything (or almost everything) in this life, you have to explain it. The hypothesis that makes the most sense so far about the existence of these rains of animals is that are sucked in by some strong whirlwinds and dropped to the ground, traveling great distances.

Eccentric theories are out of place as are divine anger, attempts by other beings to get rid of extra food before traveling to another planet, etc. In the whirlwind theory it is commented that some animals survive these whirlwinds, others are crushed by the pressure and force of the wind and others, due to the low temperatures that occur at altitude, end up frozen.

In my opinion, some isolated cases like that of the frozen squid may be the result of some pranksters who can go in small planes. You never know what the human being is willing to do.