In the media we are constantly seeing that glaciers are disappearing due to climate change. A glacier is a large mass of compressed ice that forms over the course of thousands of years. It is something that takes so long to build and is disappearing in a matter of decades. Glaciers have a complex dynamics to study and great importance for the planet.

Would you like to know everything related to glaciers and the importance they have?

Characteristics of a glacier

As mentioned before, the snow accumulates year after year in layers. These layers are compressed by their own weight and the action of gravity. Although they are one of the largest objects on the planet, glaciers move. They are able to flow slowly like rivers and pass between mountains. For this reason, there are some mountain forms that are created from the movement of glaciers.

With global warming, the existence of glaciers is drastically decreasing. They are a great source of fresh water on the planet, along with rivers and lakes. A glacier is considered a vestige of the last Ice Age. This is because even though temperatures have risen, they have not melted. They have been able to maintain themselves for thousands of years and fulfill their natural function. When the Ice Age ended, higher temperatures in the lower areas caused it to melt. After their disappearance, they have left spectacular landforms such as U-shaped valleys.

Today we can find glaciers in the mountain ranges of all continents, except Australia. We can also find glaciers between latitudes 35 ° north and 35 ° south. Although glaciers can only be seen in the Rocky Mountains, in the Andes, in the Himalayas, in New Guinea, Mexico, East Africa and on Mount Zard Kuh (Iran).

If we add up all the glaciers in the world, they form 10% of the total land area. After many studies, it has been concluded that 99% of all glaciers are made with layers of polar ice from both hemispheres. This is because the water vapor present in the atmosphere is traveling throughout the world. Especially in Antarctica and Greenland you can find ice sheets from both hemispheres.

Glaciers generally form in high mountain areas and in polar regions. For a glacier to form, you need low temperatures all year round and precipitation in the form of snow. In warmer times, the accumulated ice begins to melt and travels across the glacier to the bottom. When liquid water accumulates at the bottom of the glacier, it runs through it in the direction of the slope. This movement of liquid water causes the entire glacier to move.

Mountain glaciers are called alpine glaciers and those of the poles ice caps. When they release meltwater from higher temperatures in warmer times, they create important bodies of water for flora and fauna. In addition, many small towns are supplied with water from glaciers. The water contained in glaciers is such that it is considered the largest reserve of fresh water on the planet. It contains up to three-quarters of it, more than rivers and lakes. 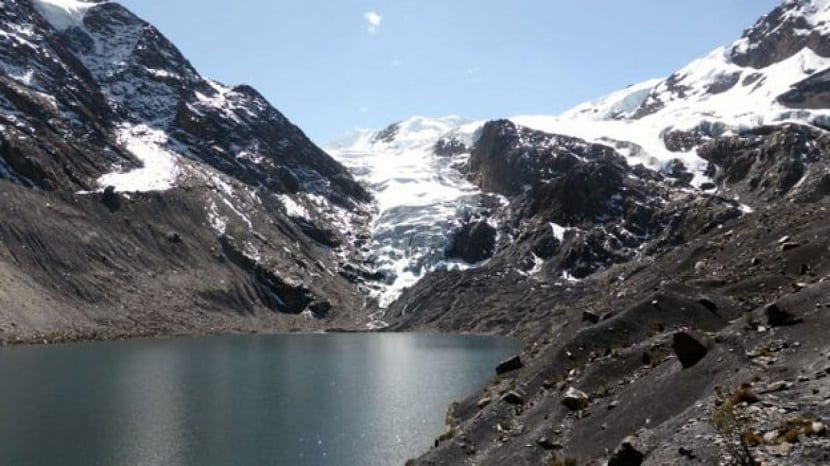 A glacier begins to form when snow falls continuously and remains stable throughout the year. If the snow that has fallen does not melt in the warmer season, it will remain stable for another year. When the cold season begins, the next snow that falls is deposited on top, putting weight on it and forming another layer. After the successive passing of the years, the compact snow layers that form the glacier are obtained.

The snowflakes are falling in the mountains and they are compressing the previous layers in a continuous way. Compression causes it to crystallize again, as the air between the crystals shrinks. The ice crystals keep getting bigger and bigger. This causes the snow to compact and increase its density. At some point where it stops accumulating, the pressure of the ice's weight is such that it begins to slide downward. This is how a kind of river is formed that flows through a valley.

A glacier reaches equilibrium when the amount of snow that is stored is the same that is melted. In this way, it can remain in the same stability for a long time. If you analyze it completely, you can see that above the middle line, you gain more mass than you lose and below you lose more than you gain. For a glacier to be in complete balance more than 100 years can pass.

Parts of a glacier

A glacier is made up of different parts. 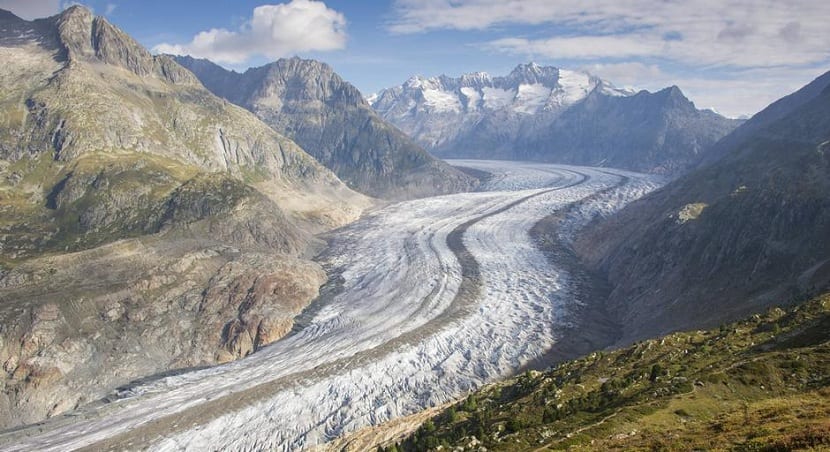 Depending on the place and conditions of formation, there are different types of glaciers.

There are also other less common types of glaciers such as Inlandsis, Drumlins, Excavation Lakes, Foothill Glacier and Hanging Glacier.

Glaciers are complex formations of nature that have a rigorous balance and an important function for living beings.

Full path to article: Network Meteorology » Meteorology » Science » What is it, how it is formed and characteristics of a glacier