Surely you have heard about climate change and how the increase in concentrations of gases such as carbon dioxide or ozone is destabilizing the natural balance that existed in the atmosphere. As well, The problem is caused by the human being, but it is also he who can do a lot to counteract the effects that we are already experiencing.

Many are the doubts that arise when we decide to do something, that is, when we want to do our bit to achieve a cleaner world, but all of them will find an answer here, in this article entitled What can you do for the land. Because yes, a single individual can do a lot. 😉

Let's start by looking at what each of us can do at home, be it a house, an apartment, a chalet, whatever.

Some people have a tendency to leave the lights on when leaving a room, which increases not only the electricity bill but also the energy that is needed to produce it. Further, Although electricity does not pollute when we are using it, it does when it is produced.

To give us an idea, according to the WWF-Spain Electricity Observatory each kilowatt supposes the production of:

For this reason, it is highly recommended to turn off the lights and also use energy-saving light bulbs. 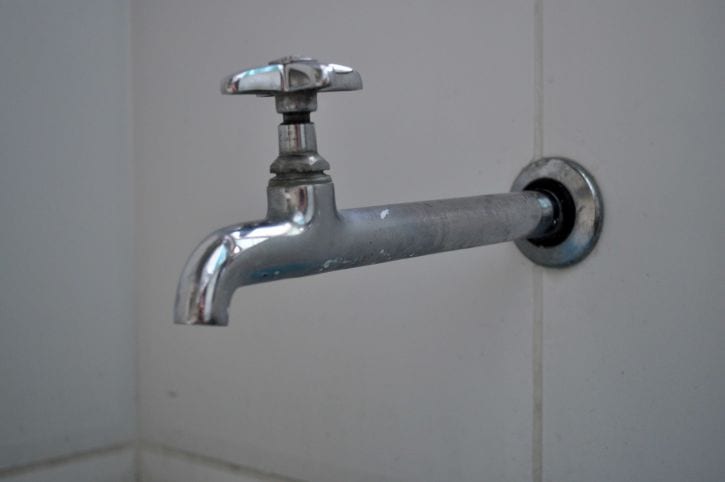 Water is a precious commodity. In areas where it rains a lot or quite regularly, there is a tendency not to take care of it practically at all because people know that they will always have it ... Wait, always? Well, it will depend on how things go.

What I can tell you, for having lived it more than once, is that in areas where drought is a problem the supply is cut off. This means that there are days when you have to figure out how to wash dishes, clothes or even take a shower. So, if you are not using the water, turn off the tap… for you, for everyone.

We all know how good it is with the air conditioning on during the warmer months of the summer. But Whenever possible it will be better to have the window open so that the air from outside. In this way, the home is naturally refreshed.

Cut down on meat

The livestock sector pollutes 18% more than the transport sectorBut we cannot forget that it is one of the most destructive of the planet. And it is that, in order to provide enough food to a population that is increasing, farms are being made where there used to be forests, the water and the atmosphere are polluted, and in the process millions of animals are being confined to live tiny enclosures.

On the other hand, growing plants is not only simple, but it is not so polluting; And if they come from organic farming, they do not harm the environment.

Once we leave home we can continue taking care of the planet if we change some customs:

More and more cars are driving on the roads. Only in Spain it is estimated that there are 30 million in circulation. Did you know that these vehicles generate 18% of the carbon dioxide in the world? If we used public transportation from time to time, or at least shared our car, we could reduce that percentage.

Or two, or three, or ... Trees are the great lungs that we have in towns and cities. Through their leaves they absorb carbon dioxide and expel oxygen during photosynthesis, and they also expel water in the form of vapor with respiration. All of it helps us breathe air ... and also clean.

So if you have a garden, I recommend that you plant some trees, and if you don't have one, volunteer to plant them in your town or city. I can tell you that the experience is tired but very rewarding 🙂.

Yes, a non-smoker tells you (rather, a passive smoker), but in truth tobacco smoke contains not only about XNUMX carcinogenic substances, but many of these substances are pollutants. One way to help the planet is by not smoking.

Think that in Spain some 89 million cigarettes are consumed per day. This per year, some 32.455 million filters release their toxic agents into the atmosphere polluting the soil, green areas and the air that we all breathe.

I know well that in every town and city there are workers who are precisely dedicated to cleaning the streets, but we cannot ignore that there are many people who simply do not care at all where they leave their garbage. Instead, it costs each of us nothing to take the cans, for example, and throw them into the recycling bin.

With very little we can do a lot. 😉

And with this we are done. Did you know that so many things could be done to take care of the Earth?