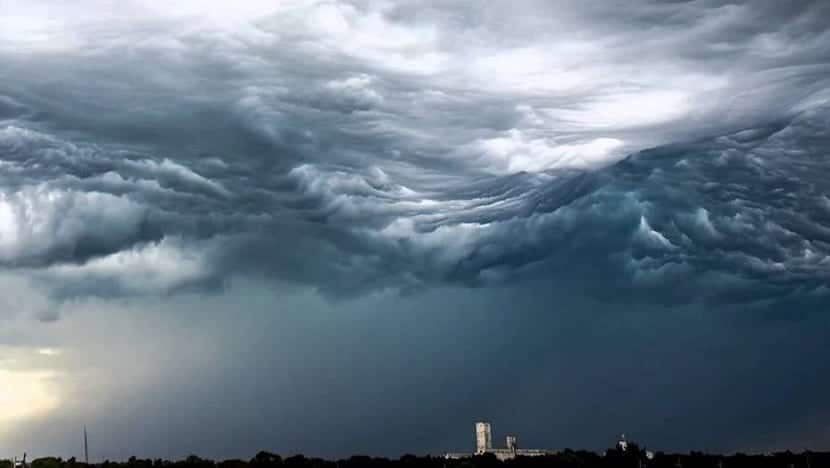 Do you want to learn more about the types of clouds? Keep reading and you will find out everything.

How a cloud forms

Before we begin to describe the types of clouds we have to explain how they form. For there to be clouds in the sky, there must be a cooling of the air. The "loop" begins with the Sun. When the sun's rays heat the Earth's surface, they also heat the surrounding air. High-temperature air becomes less dense, so it tends to rise and be replaced by colder, denser air. As you go up in altitude, the environmental thermal gradient causes the temperatures to be lower. For this reason, the air is cooling.

When it reaches a cooler layer of air, it condenses into water vapor. This water vapor is invisible to the naked eye, since it is composed of water droplets and ice particles. The particles are so small in size that they are able to be held in the air by slight vertical currents.

If the temperature is too low, the cloud that forms will be made up of ice crystals.

Another factor that affects cloud formation is air movement. Clouds that are created when the air is at rest tend to appear in layers or strata. On the other hand, those that are formed between winds or air with strong vertical currents present a great vertical development. Usually the latter are the cause of the rains and storms.

We are going to differentiate the different types of clouds based on the altitude at which they form.

They are white clouds, transparent and without internal shadows. They appear as the well-known "horse tails". They are nothing but clouds formed by ice crystals due to the altitude at which they are. They are like long, thin filaments that have a more or less regular distribution in the form of parallel lines.

It can be seen with the naked eye looking at the sky and seeing how it seems that the sky had been painted with brush strokes. If the entire sky is covered with cirrus clouds, it is very likely that in the next 24 hours a sudden change in weather will be experienced. In general, they are usually changes of decreases in temperatures.

These clouds form an almost continuous layer that have a wrinkled surface appearance and with rounded shapes as if they were small cotton flakes. The clouds are totally white without presenting any shadow. When the sky appears covered with this type of clouds, it is said to be bored. It is similar to the weaving of sheep.

They often appear alongside cirrus clouds and indicate that the weather changes by about twelve hours. When they appear, a storm usually precedes. Obviously they do not always indicate the same. If so, meteorology and weather prediction would be much easier.

They seem at first glance like a veil from which it is difficult to distinguish the details. Sometimes the edges can be noticed as they are long and wide striated. They are easily identified because they form a halo in the sky around both the sun and the moon. They tend to happen to cirrus clouds and indicate that bad weather or some warm forehead.

Among the different types of medium clouds we find:

They are flake-shaped clouds of medium size and irregular structure. These clouds do present flakes and ripples in their lower part. Altocumulus indicate that bad weather is beginning either by rains or storms.

These are clouds with thin layers and some denser areas. In most cases the sun can be seen through the cloud cover. The appearance is similar to irregular spots. They portend fine rain due to a drop in temperature.

They are the closest to the surface. Among them we have:

They appear as a regular dark gray layer with varying degrees of opacity. It is because the density varies throughout the cloud. They are typical of the spring and summer rains. They can also be found in rainfall in the form of snow.

They are those that have undulations similar to elongated cylinders. They also have some ripples in different shades of gray. It is rare that they bring rain.

The appearance is that of a grayish haze without being able to see the well defined structures. It has some buttresses of different degrees of opacity. During the colder months they are able to endure throughout the day, giving the landscape a more gloomy appearance. When spring arrives they appear during the early morning and disperse during the day. Indicates good weather.

These are the clouds that present massive degrees of size and rainfall.

They have a denser appearance and very marked shadows, to the point of blocking the sun. They are gray clouds. Its base is horizontal, but its upper part has large protrusions. Cumulus clouds correspond to good weather when there is little ambient humidity and little vertical air movement. They are capable of causing downpours and storms.

They are the largest and most massive-looking clouds with great vertical development. They are gray in color and completely cover the sun. These are the typical ones that occur in storms and even produce hail.

I hope that with this information you can learn to identify clouds.