El high mountain climate It is characterized by having very cold winters with a long duration, during which sub-zero temperatures are recorded that put anyone who wants to climb or live in it to the test. Summers are also cool and short, so there is not really a hot season, at least, not as we who live at low altitudes know it.

But what are the characteristics of this climate? Who or who can live with these conditions? We will talk about this and more below.

Characteristics of the high mountain climate 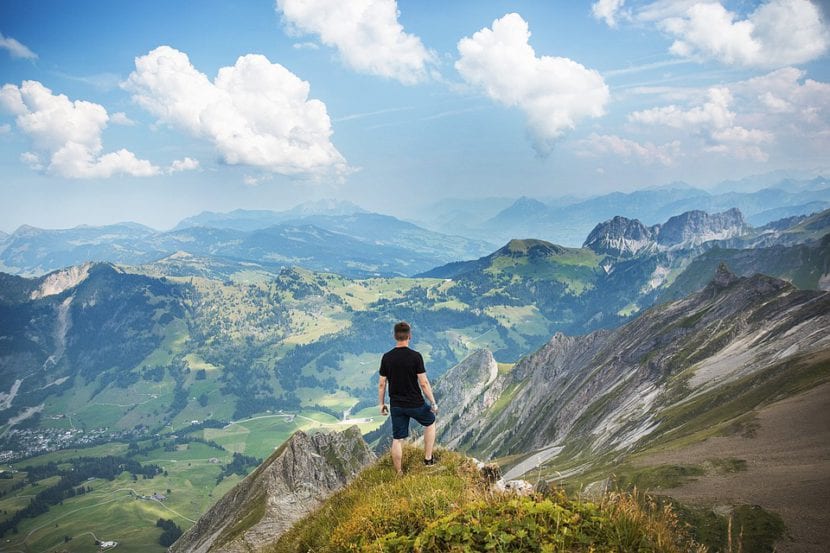 The high mountain climate appears at altitudes above 1200m. It has a thermal oscillation, that is, a difference between the maximum and minimum temperature, of 10,5ºC. Its climatic conditions are very different from the climate of the area, due to the fact that the temperature drops with height. Because of this, thermal gradient is negative, from 0,5ºC to 1ºC every 100 meters. This means that especially on the windward slope, that is, in the one where the wind hits the most, both the relative humidity and the rains produced by the rise of a column of air when meeting the mountain, known as orographic rains, increase. On the lee side they can also increase, but not by much, as the air is already practically dry when descending and the atmospheric pressure increases. For this purpose it is called Foëhn Wind or Föehn Effect, and in Spain we can find it in the Iberian Peninsula, specifically in the Pyrenees, Central System and in the Baltic Mountain Ranges.

In addition, it must be added that in the high mountains, the insolation is greater than in the lowlands. But, despite having a specific wind regime, the air masses and fronts that affect the climate of the area, also affect them. Rainfall here they are very scarce in the form of rain during the spring and summer, and in the form of snow in the fall and winter.

Who lives in the high mountains?

Although it seems incredible, there are many animals and plants that live in the mountains.

The flora is classified into cleries, or climates series that were called before, and is that the differences in temperature and humidity at different altitudes or "floors" make each of them see a specific type of plant beings that populate the slopes of the mountains. But this does not mean that they are independent "floors", as they actually interfere with the others.

There are two types of cliseries:

To classify the plants of the mountains the altitudinal cliserie is used, which in turn can be distinguished 5 zones or floors:

If there are plants, there are also animals, although not many of course. But they are all born survivors, who have managed to adapt to extreme weather in an extraordinary way. In Spain we find several that live almost without problems in the high mountains. For example, among amphibians, we find the pyrenean newt or the vermilion frog. There are also the occasional snake, like the asp viper, which by the way has toxic venom, so for safety it is better not to touch any snake if you do not know what you are doing.

There are warm-blooded animals, like the chamois that you can see in the image above. This magnificent animal changes its coat in winter to be able to withstand low temperatures. And of course there are rodents too, like the snow vole, you see. Birds like alpine weevil or the ptarmigan They live all year in the high mountains, feeding on everything they find, from small insects to seeds.

The high mountain climate has some very interesting characteristics, don't you think?