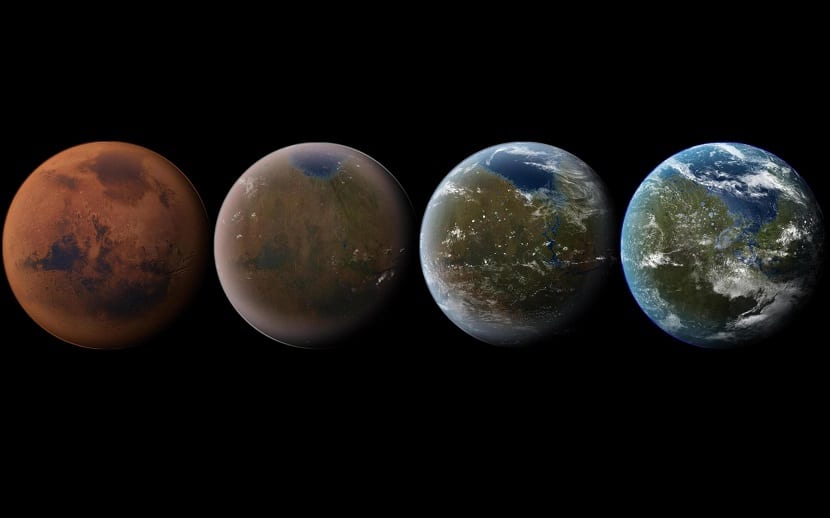 New news from the European Space Agency (ESA) on the future race of colonization of Mars. On the part of different institutions and companies, there is a challenge to achieve, the importance of being the first to achieve colonization, it is something beyond pride, is what will be written in the history books. The long-awaited desire to recreate a Martian environment, is located in the most inhospitable, hostile or strange places on the entire planet. One of the reasons why Lanzarote has been chosen, for its peculiar terrain and similar to the red planet.

The ultimate goal in which all experiments and efforts revolve, is the "Terraforming of Mars". Un planetary engineering project whose objective is to transform the entire planet into conditions that are most similar to Earth. One of the first steps is to build a good settlement where people can initially live. We recently wrote about a makeshift city being built in Dubai. Now it is the turn for Lanzarote.

Pangea is the name of the informational project with which astronauts will train underground, one of the real possibilities that is being considered. The main reason is that the level of adversity on Mars at the beginning will be very high. One of the safest and most sensible places for human settlement is to live in one of the many lava tubes or caverns on Mars. Places similar to those that can be found in Lanzarote.

For 5 days in November, this campaign will accompany her 50 people, 14 experiments, 18 organizations, and four space agencies. Also participating are some guests from ESA's ExoMars mission, which is preparing to send an explorer robot to Mars by 2020. A robot accompanied by a high resolution camera and a sensor package to measure water vapor in this environment that is expected to be completely dark.

As always, we will continue to report relevant progress in the conquest of Mars, something that without a doubt, we hope we can live and witness. Without a doubt a historical milestone in human history.