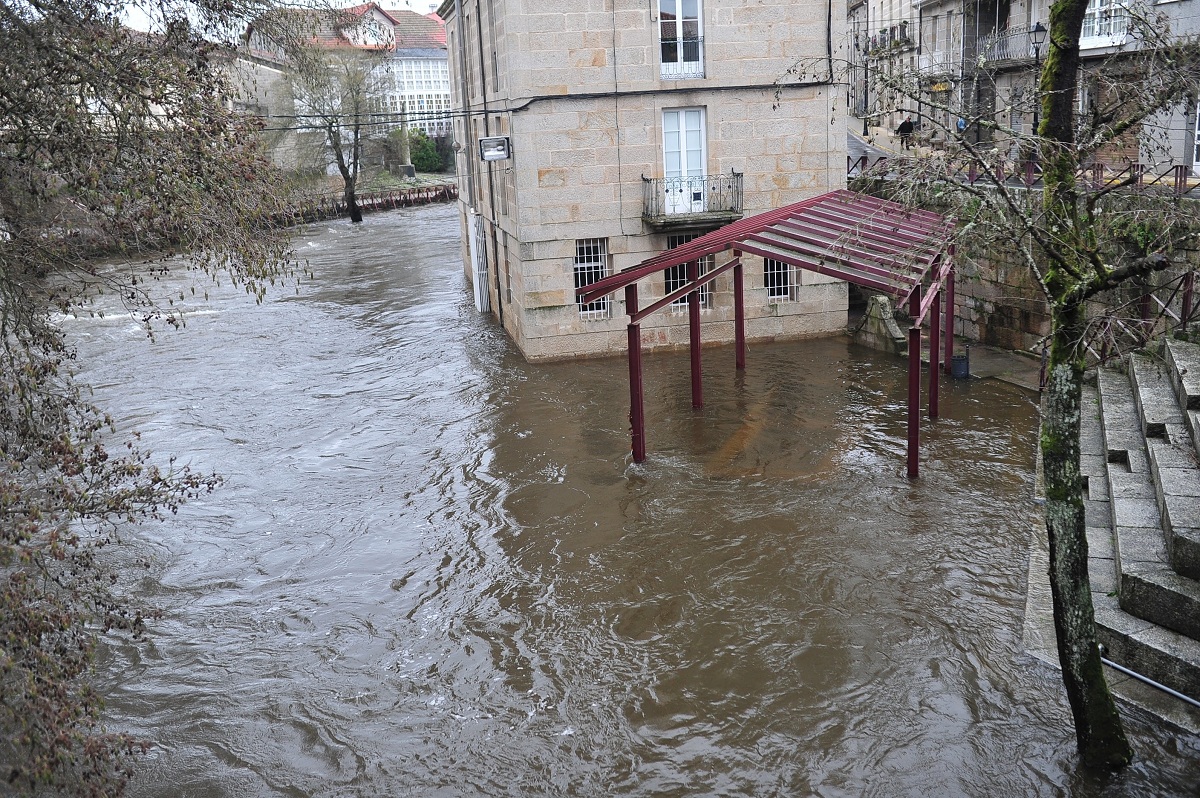 Among the numerous storms that have attacked our peninsula in recent years we have the storm Fabien. It is the sixth named storm of the 2019-2020 season. It began with an orange warning due to gusts of quite strong winds that generated numerous coastal phenomena in Galicia. All of this happened on December 18 at 22:30 p.m. Later a red alert was made and the storm spread to the Cantabrian Sea.

In this article we are going to tell you everything you need to know about the Fabien storm, how it originated and what its characteristics are.

Formation of the storm Fabien 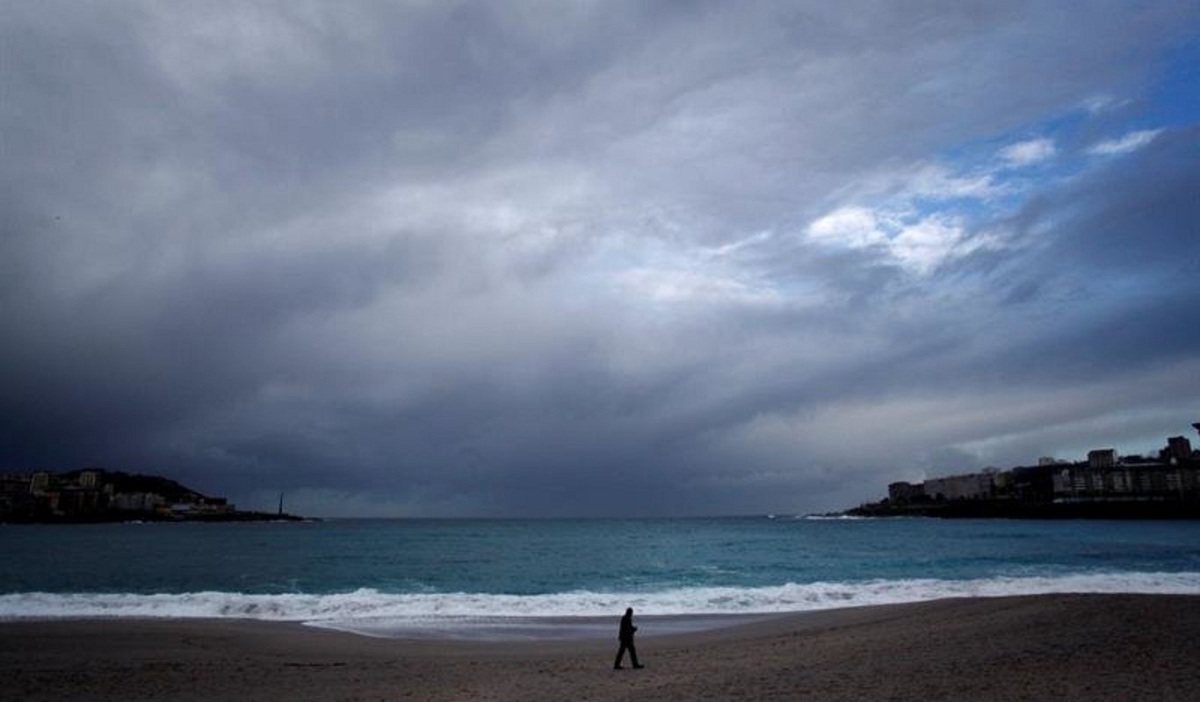 The passage of this storm made a dent in the entire Bay of Biscay in the direction of France, being quite fast. We can say that By the early hours of the 22nd, all his defects on Spain had almost ceased. This storm was formed within a fairly intense and humid zonal flow that crossed the entire Atlantic Ocean. It can be said that an atmospheric river was formed, loaded with precipitation, this area with a large amount of humidity had formed the storm Elsa until a few days ago.

The detection of the storm Fabien began on the 19th at 18:996 p.m. in which a small drop in pressure could be detected south of Newfoundland with just under 24 hPa in its center. After 18 hours, at 20:XNUMX p.m. on the XNUMXth, the center of the storm was already located in the middle of the North Atlantic and had a depth with values ​​of 970 hPa. As can be expected, this drop in pressure will cause a lot of strong winds accompanied by precipitation.

By having this pressure difference, a explosive cyclogenesis. It is from this moment that it rapidly moved in the direction of Europe and moved down the atmospheric river. The center has always been around a latitude of 45-50ºN. Already throughout the 22nd, the storm Fabien completely dissolved in the Netherlands and Denmark.

Phenomena and warnings of the storm Fabien 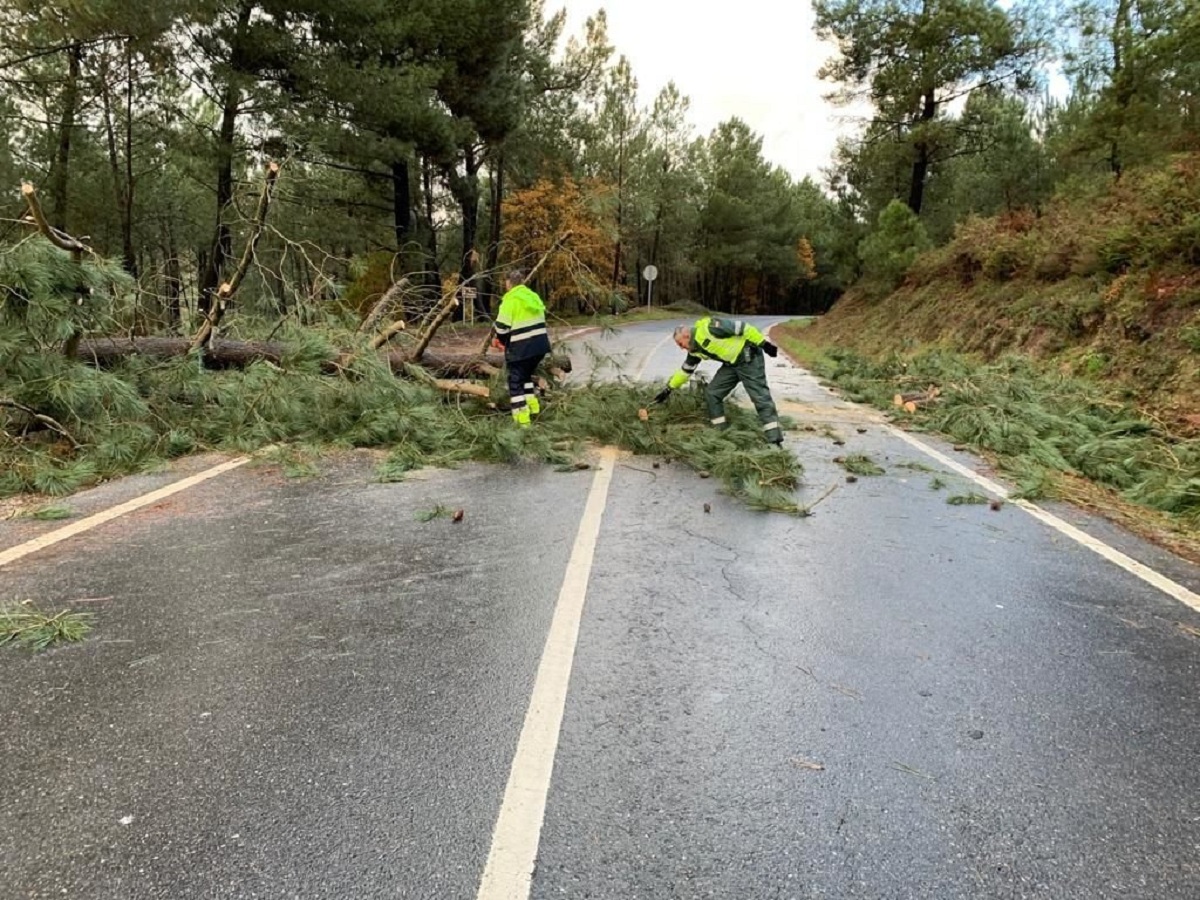 On the afternoon of the 21st, a red streak warning was issued (with a threshold of 140 km / h) in the north of Coruña and Lugo and the southwest of the Cantabrian Mountains of Asturias, and an orange streak warning was issued in the rest of Galicia, Asturias, almost all of Castilla y León. The central system and the mountains of Castilla-La Mancha and Eastern Andalusia (values ​​between 90 and 120 km / h, according to the autonomous communities), between the 21st in the afternoon and the 22nd in the first half of the day.

Regarding coastal phenomena, the Cantabrian Sea and the Atlantic coast of Galicia issued a red warning because the wind force from west to southwest of force 8-9, and locally 10, and the sea level rose by 8-9 meters in height. Most of the other coastal areas of the peninsula and the Balearic Islands issued an orange alert for coastal warnings. The rainfall was not the highlight of this episode, but the winds. Despite this, some level and orange warnings were issued for accumulated rainfall in 12 hours of more than 80 mm, especially in the mountainous areas of the province of Albacete.

Main impacts it had in Spain

Once we know how it was formed and what its characteristics were, we are going to see what the impacts it caused on the peninsula were. The most prominent effects of the storm were due to the intense waves that affected the entire Galicia and Cantabrian area. Mainly the waves were caused by strong gusts of wind, including many of them hurricanes. These gusts of wind affected a large part of the peninsula, especially to the northwest and the Balearic Islands.

Unlike what happened with the previous storm Elsa, there were no fatalities that could be associated with the passage of the storm Fabien. However, material damage was considerable in the most affected areas. Although rainfall was more generalized, the last record of this storm to be had was above 60mm in 24 hours in the main AEMET extractions. Said record was obtained in Grazalema where 145.2 mm were collected on day 21.

Taking into account that from December 16 to 22 there was a strong, very humid and direct zonal air flow over the peninsula throughout the week. Among them, the storms of Daniel, Elsa and Fabián occurred consecutively, and the accumulated precipitation was great.

The concepts of a meteorological bomb or explosive cyclogenesis is not a media invention. They are terms that have been born in the scientific community and have a lot of history. Meteorologists began to refer to these types of storms with adjectives such as explosives or nouns, calling them bombs. The concept came out of the Bergen school in Norway, where the founding fathers of modern meteorology taught, and became popular when two meteorologists from the Massachusetts Institute of Technology mentioned it in an article in 1980. to define a cyclone that loses more than 24 millibars of pressure in just one day, just as it has happened with Fabien, who has been appointed by the State Meteorological Agency.

With climate change, it is thought that red alert warnings are going to take place more or less every 3 years depending on the meteorological variable that we are going to consider when studying storms. One of the things that protects us in our territory is the anticyclone of the Azores. It is a great anticyclone that stops all storm assistance. In fact, it was the trigger to end this storm from the 22nd.

I hope that with this information you can learn more about the Fabien storm, its origin and its characteristics.