Today we are going to talk about a geology topic. Is about the types of rocks that exist. Since our planet earth was formed, millions of rocks and minerals have been formed. Depending on their origin and their type of training, there are several types. All the rocks in the world can be classified into three large groups: igneous rocks, sedimentary rocks and metamorphic rocks.

If you need to know all the types of rocks that exist, their formation conditions and characteristics, this is your post 🙂 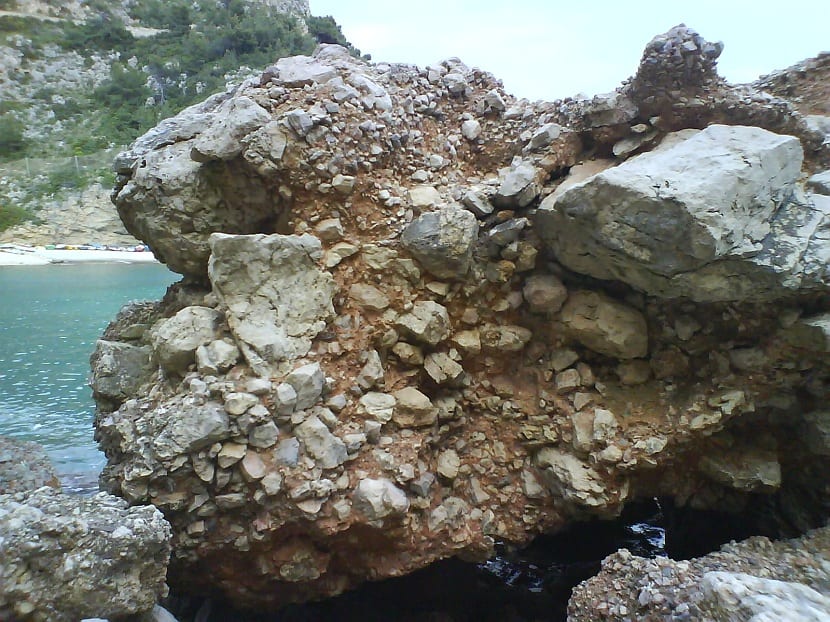 We are going to start by describing sedimentary rocks. Its formation is due to the transport and deposition of materials due to the action of wind, water and ice. They have also been able to be chemically deposited from some aqueous fluid. Over time, these materials come together to form a rock. Therefore, sedimentary rocks are made up of many materials.

In turn, sedimentary rocks are divided into detrital and non-detrital 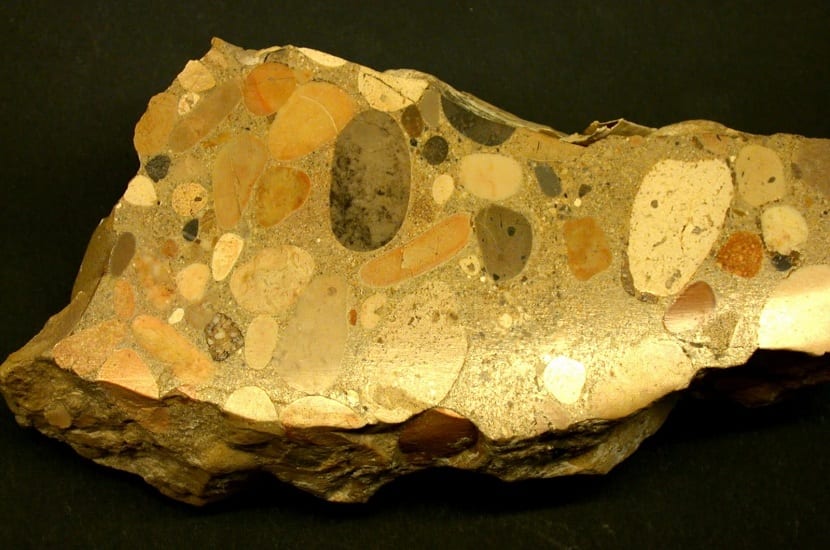 These are those that are formed from the sedimentation of the fragments of other rocks after being previously transported. Depending on the size of the rock fragments, they are identified in one way or another. If said fragments are larger than 2 mm  and rounded are called conglomerates. On the other hand, if they are angular they are called gaps. 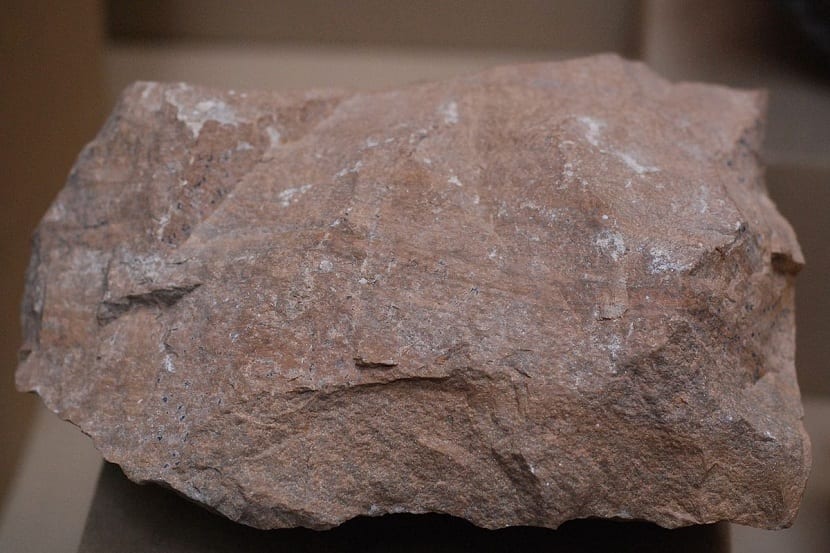 These types of rocks are formed by the precipitation of certain chemical compounds in aqueous solutions. Some substances of organic origin can accumulate to form these rocks. One of the most common and well-known rocks of this type is limestone. It is formed through the precipitation of calcium carbonate or the accumulation of skeletal fragments of corals, ostracods and gastropods.

It is very common to see fragments of fossils in this type of rocks. An example of limestone rock is calcareous. It is a very porous rock that has abundant plant remains and that originates in rivers when calcium carbonate precipitates on vegetation.

Another very common example is the dolomites. They differ from the previous ones in that it has a chemical composition with a high magnesium content. When the accumulation of shells of organisms that are made of silica occurs, flint rocks are formed.

Limestone is used in the manufacture of cement and lime in construction. They are materials used for the facades and floor covering of buildings. Coal and oil are a type of non-detrital sedimentary rock organogenic calls. Its name is due to the fact that it comes from the accumulation of organic material and its remains. While coal comes from plant debris, oil from marine plankton. They are of great economic interest due to their high calorific value for the generation of energy through combustion. 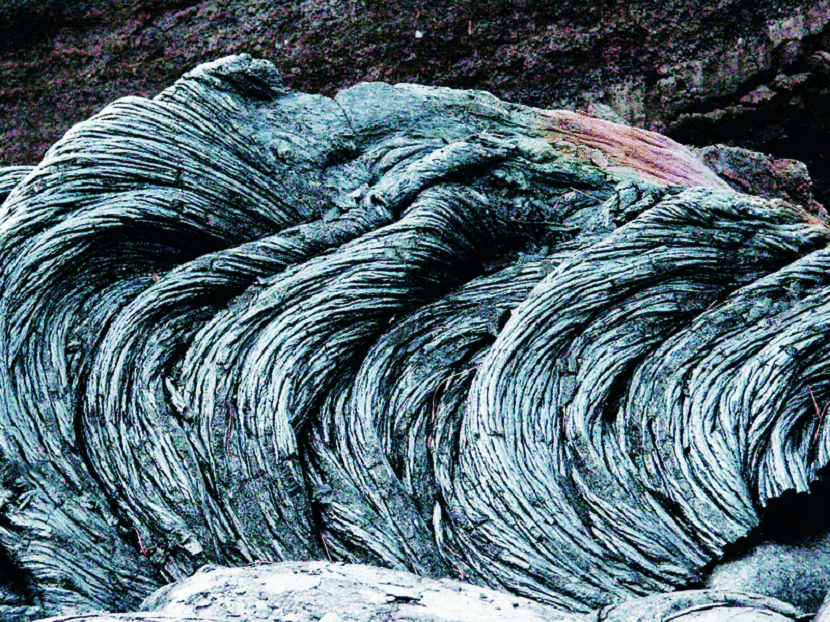 This is the second type of rock. They are generated by the cooling of a liquid mass of silicate composition coming from inside the Earth. The molten mass is at extremely high temperatures and solidifies when it reaches the earth's surface. Depending on where they cool, they will give rise to two types of rocks. 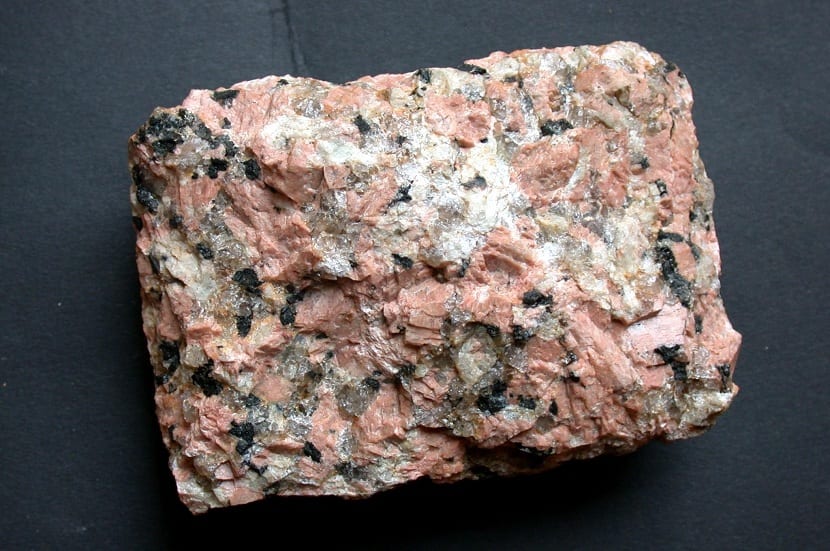 These originate when the liquid mass cools under the earth's surface. That is, being subjected to low pressure, the minerals inside grow closely together. This causes dense, non-porous rocks to form. The cooling of the liquid mass is very slow, so the crystals can be very large.

One of the most famous rocks of this type is granite. They are composed of a mixture of minerals of quartz, feldspars and mica. 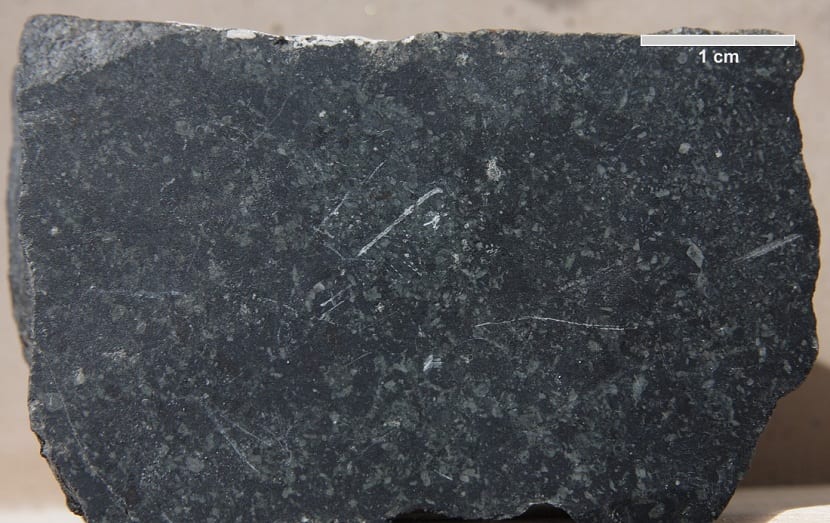 This type is formed when the liquid mass rises to the outside of the Earth's surface and cools there. These are the rocks that form when lava from volcanoes is cooled to lower temperatures and pressures. The crystals in these rocks are smaller and have amorphous uncrystallized glass-like matter.

One of the most frequent and easy to recognize they are basalts and pumice. 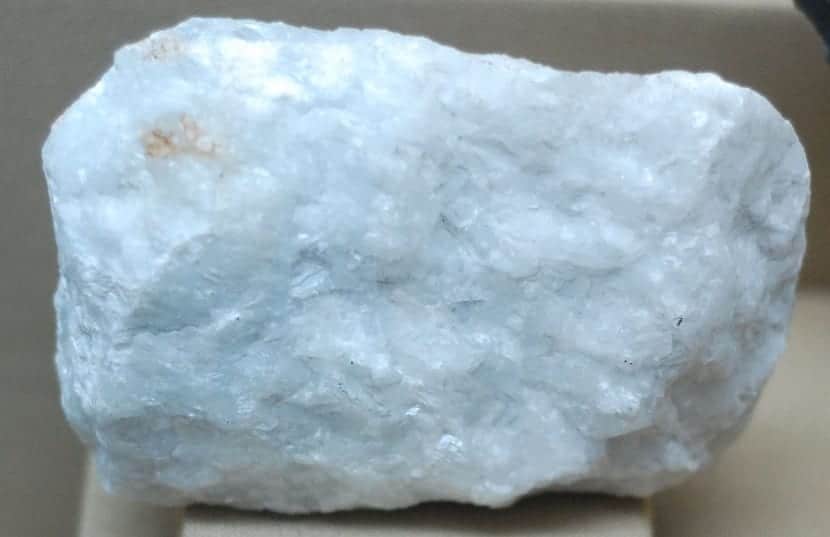 These rocks are generated from pre-existing rocks already by undergoing temperature and pressure increases by geological processes. The readjustments suffered by these types of rocks make them change their composition and minerals. This metamorphic process happens in the solid state. The rock does not have to be molten.

Most metamorphic rocks are characterized by having a general crushing of their minerals that make the rock flattened and laminated. This effect is called foliation.

The most common known rocks are slate, marble, quartzite, gneiss, and schists.

Receive all the news about meteorology in your email.
bool (true)