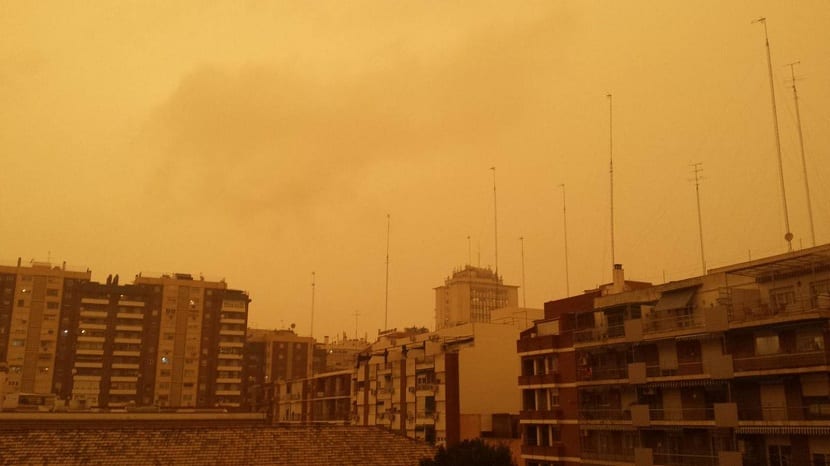 Surely you've ever witnessed a rain of mud. It is so called when cities are covered in a superficial layer of mud and sand after a rain. In general, that in an area it rains means that both the air and the ground are purified and cleaned. However, during these rains everything is dirtier than it was before. And it is that these phenomena are well known for leaving cars full of mud.

Would you like to know why mud showers take place and when they usually happen?

These rains are very common in spring and summer. However, it is a meteorological phenomenon that can occur at any time of the year. It is something almost unique to Spain due to its position. The reason why they occur lies in the African dust. The Sahara desert is relatively close to the Iberian Peninsula. This causes the strong winds to displace all that dust to our country.

When airborne dust in the sky acts as hygroscopic condensation nuclei, it contributes to the formation of rain clouds. Accompanied by atmospheric instability and changing wind, the formula for these mud rains is completed. When these precipitations take place, both the sky and the cars are dyed with muddy colors and mud.

They are also called "showers of blood" in some places. This is because in the warmer season, the precipitated mud can acquire a small reddish hue. During these rainy episodes there is much talk about the Sahara and its effect on the air quality of Spain.

And the desert is continually introducing dust into our air. Depending on the wind regime and its intensity, the amount of dust that enters Spain is more or less.

These rains are generally predictable thanks to satellite images. With the images obtained from the satellite, you can see the spiral of the depression dragging a cloud of dust. When the atmospheric pressure decreases in a place, the air will move around that low pressure zone. It is then when, depending on the hemisphere where we are, that said air will move in a circle over the low pressure zone in a clockwise or counterclockwise direction.

Mud precipitation it doesn't have to be just one timebut it can last for days. All this depends on the conditions in the winds and in the direction. If the atmospheric instability formed by the precipitation clouds persists for several days and the wind brings more Saharan dust with it, the precipitations that occur will all be mud.

Typically, the areas most affected by mud rain are in Andalusia. This is due to the proximity to the African continent. They can also be observed in the middle areas and even in the north of Spain, but with less frequency and intensity. The more distance there is, the less likely it will occur.

The effects of the mud shower are clearly seen on the car moon. After an episode of these, you can see how the cars dyed brown appear. It seems like they have gone through a swamp of mud.

The thing is not only in cars, but can also be seen on sidewalks and even in the leaves of trees. If you look at the sky during those days, you can see that the tone of the clouds is not white, but rather turns cloudy.

One of the effects that these rains have when they take place in summer is the increase in temperature. This is due to the fact that the air that the Saharan dust brings is warmer than the one in the peninsula.

How long does it last?

This phenomenon can take place at any time of the year. However, it is more common in the summer and spring months. Usually the suspension of dust in the atmosphere it can last between 24 and 60 hours. After that, it begins to disappear.

Keep in mind that 70% of all dust worldwide comes from the Sahara desert. This is a very important piece of information to take into account in order to know its impact on the ecosystems of the entire planet.

This mud not only dirties our streets and cars, but also contributes nutrients to the land and oceans. Suspended minerals, bacteria, spores and pollen travel alongside the dust and sub-Saharan sand. As a whole, they manage to overcome great distances to reach the most unlikely places. Like, for example, under your sofa or inside the European continent thousands of kilometers away.

Full path to article: Network Meteorology » Meteorological phenomena » What is mud rain and how is it formed