Kilauea volcano It is one of the 5 volcanoes that make up the island of Hawaii. It is known worldwide for being one of the most active on the planet. Its name comes from the Hawaiian language and means "to throw" or "to spit." This name is due to the fact that it is one of the volcanoes that expels the most lava and gases throughout its life.

In this post we are going to carry out an in-depth study on the characteristics of the volcano and the type of eruptions that have taken place in recent days. Do you want to know everything about this famous volcano? 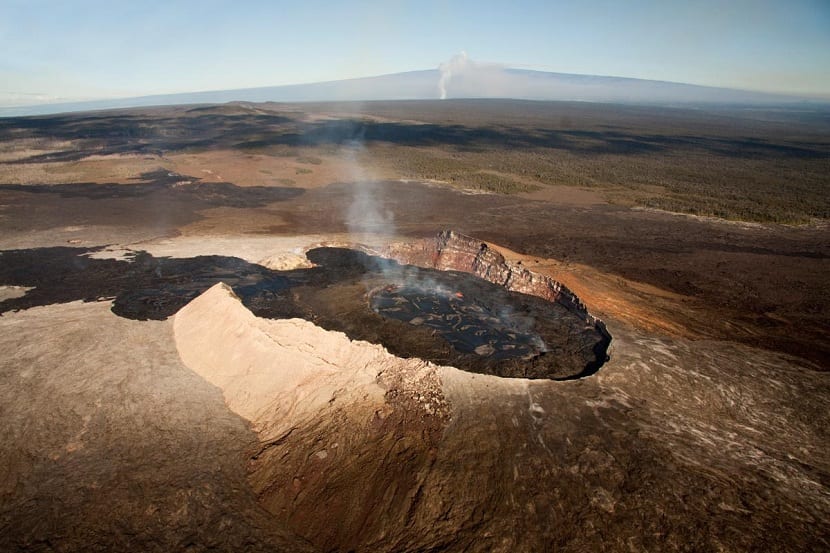 It is a volcano that belongs to the group of shield volcanoes. It is usually made up almost entirely of very fluid lava. Its diameter is greater than its height. Specifically, it measures 1222 meters and has a caldera at its summit that is about 165 meters deep and five kilometers wide.

It is located in the southeastern part of the island of Hawaii and is very similar to a nearby volcano called Mauna Loa. For many years scientists thought that the Kilauea was a formation attached to Mauna Loa. However, with more advanced studies they were able to learn that it has its own magma chamber that extends for more than 60 kilometers deep. This volcano does not depend on any other to carry out its activity.

Within the summit in the magma chamber is a small circular crater about 85 meters deep. It is known by the name of Halemaʻumaʻu. This means that it is one of the most active centers of volcano activity in the entire building. The slope of the volcano is not very steep and you could say that the top is completely flat.

The reason it is one of the most active volcanoes on the entire island of Hawaii is because he is the youngest. Volcanoes decrease their activity over the years. All of the islands that make up Hawaii are located on a hot spot in the Pacific Ocean. What makes them special is that these volcanoes did not form across plate tectonic boundaries, unlike many others.

The Kilauea volcano originated in the following way. The magma inside the Earth slowly rose to the surface where the hot spot is located. At that moment, with such an amount of burning mass, the earth's crust could not withstand the pressure and it broke. This fracture caused the magma to rise to the surface and spread everywhere.

In general, all the volcanoes belonging to the group of shields are the result of the continuous accumulation of very fluid lava. This formation is not done in a matter of months, but millions of years must pass this happening.

This volcano, in its beginnings, was under the ocean. After the accumulation of magma, it rose to the surface about 100.000 years ago. This is a fairly young age for a volcano. The caldera began to form in various stages just 1500 billion years ago. Therefore, their activity is deep. 90% of the surface of the caldera is made up of lava flows that are less than 1100 years old. On the other hand, 70% of the volcano's surface is just under 600 years old. These ages are very low for a volcano. You could say that he is still a child.

The most common type of rock that we can find in the Kilauea it is basalt and picrobasalt. 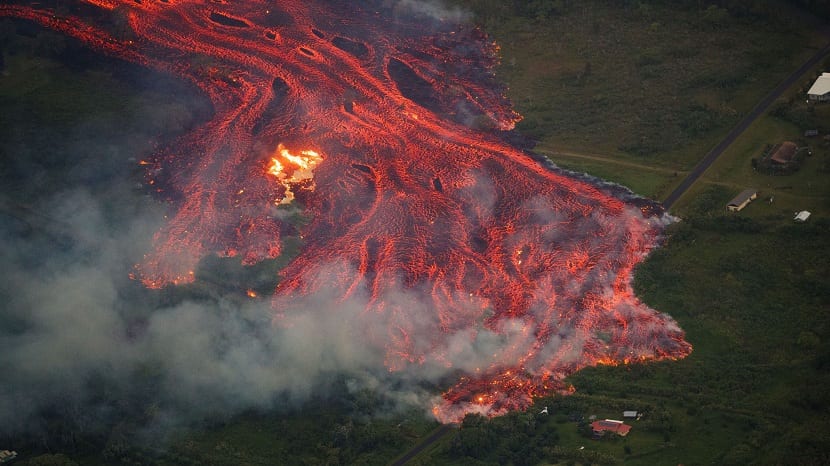 As mentioned before, it is one of the most active volcanoes on the planet and has been active since the first recorded eruption. It took place around the year 1750. Most of its volcanic activity is between the years 1750 and 1924. However, this activity has been smaller than the later. It's as if the volcano is just starting engines. In 1924 it had an explosive eruption and until 1955 it has had shorter eruptions.

The current eruption of the Kilauea volcano is called Pu'u O'o and it started 30 years ago. It began on January 3, 1983. It was recognized by the appearance of molten lava in a 7-kilometer-long fissure. As the years have passed, it has been emitting some lava shoots continuously but in a calm way.

In this month of May 2018, the Kilauea volcano began an eruption of lava that It caused earthquakes of magnitudes up to 6,9 and 5,7. The large amount of expelled lava, its advance and the opening of large crevasses forced the security forces to carry out evacuations. 1700 people were driven from their homes.

The lava has destroyed about 35 buildings. Among the most affected towns we find Leilani Estates and Lanipuna Gardens, where lava covered houses, streets and started small fires. The danger of the volcano is not only the lava, but the gases that are emitted. A series of gases are continuously being emitted through the cracks that damage human health. Among the gases emitted is sulfur dioxide, a powerful toxic.

Experts claim that the real danger of the rift in which these peoples find themselves It is not the lava expulsions, but the gases emitted. There is a very large fracture zone in the east crack, it is a zone of weakness. The magma began to migrate and move in that direction. In fact, the crater's lava lake has dropped by more than 100 meters in just a few days.

Lava also carries some risks, as it explodes several times. However, people can easily flee lava flows as long as they are not trapped. Getting too close can be dangerous because of gas emissions.

In this photo gallery you will see the damage caused by the Kilauea volcano:

Lava sets the forest on fire

Inside the magma chamber 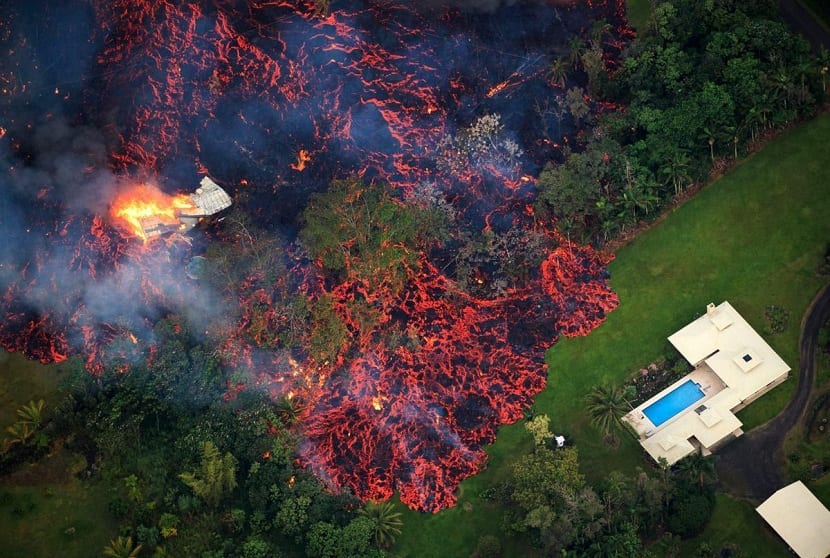 Aerial photo of the eruption 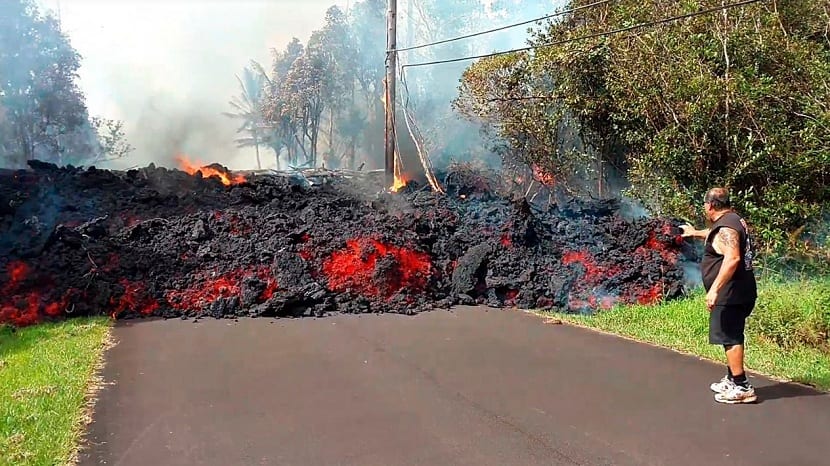 In this video you can see for yourself how the lava progresses:

As you can see, Kilauea, one of the most active volcanoes in the world, is once again making history in the lives of the citizens of Hawaii.