We know that the human being has gone through multiple species and evolution until the current human being. Our current species, the Homo sapiens, comes from other species. One of them is the Homo erectus. Homo erectus is a primitive man who lived in various parts of the earth during part of the Pleistocene. The oldest specimen was found in Demanisi, Georgia, and dates to approximately 1,8 million years. The first discovery of this species occurred in 1891 on the Asian island of Java, which is now part of Indonesia.

In this article we are going to tell you everything you need to know about the Homo erectus, its characteristics and its history. 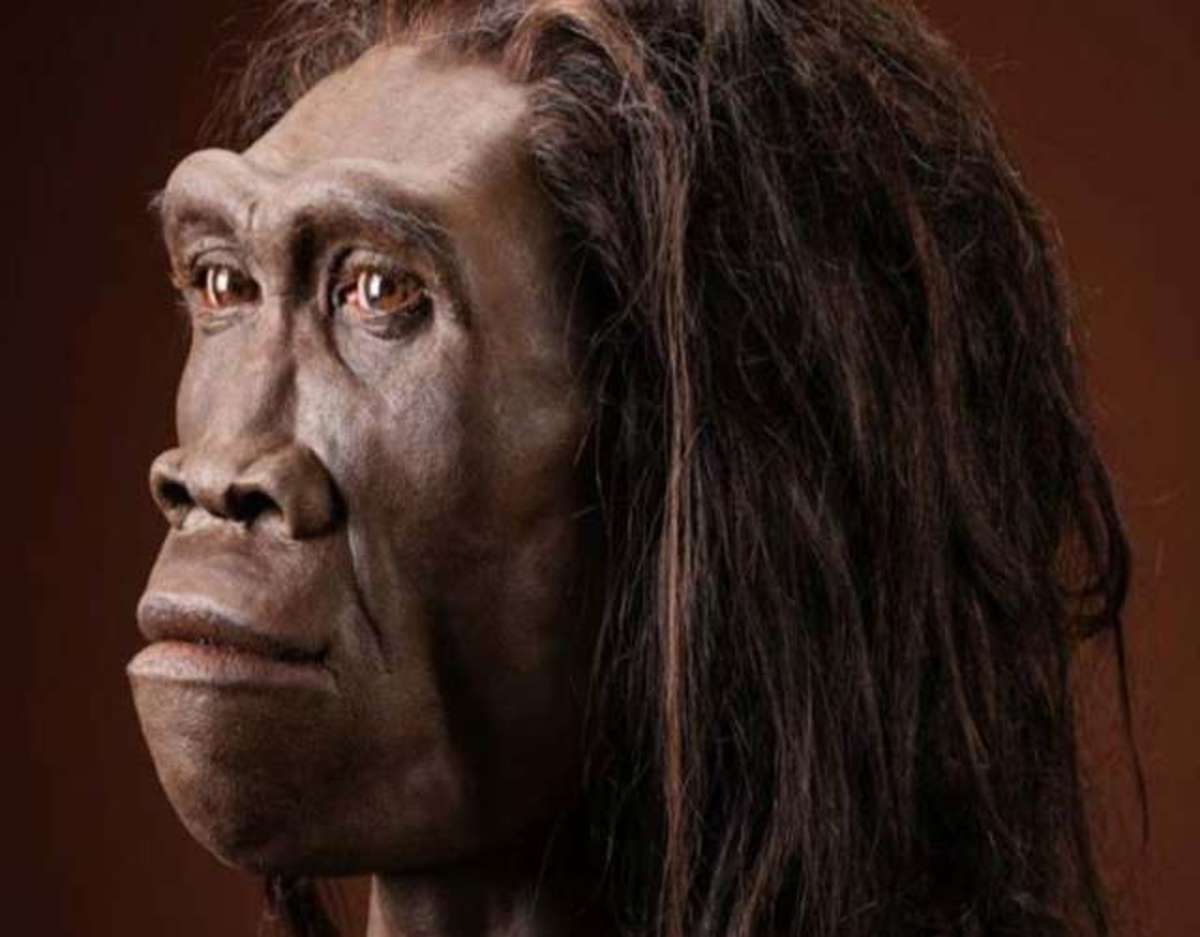 This primitive man has existed on earth for a long time. Opinions are mixed on the date of its extinction. Some anthropologists believe it happened about 300.000 years ago, while others claim that it happened 70.000 years ago. This has led some experts to believe that he lives with homo sapiens, but this is not the most common position today.

The origin of Homo erectus it is also controversial. In this way, someone put it in Africa, although many anthropologists disagree and call the specimen found there Homo ergaster. Supporters of this position claim that the Homo erectus It is native to Asia.

One of the most outstanding characteristics of this primitive man is his cranial capacity, which is better than that of previous species. One of the main reasons for this change was the discovery of how to deal with fires, which led to improved nutrition.

Homo erectus is one of the ancestors of Homo sapiens. The stage of human evolution in which the Homo erectus It is one of the most unknown stages, which is why several different theories coexist. Therefore, one of them dates back to Africa 1,8 million years ago.

It should be noted that other experts confirmed that the remains found on the continent belonged to another similar species, Ergaster. Everyone agrees with the fact that with the appearance ofl Homo erectus, primitive peoples became nomads and left Africa.

The first discovery of Homo erectus occurred in East Asia, but remains were also found in Eurasia. In remote areas where sediments are found, the success of this species can be accurately verified. This generates very few physical and cultural differences between them, because they have to adapt to the different conditions of each region. For example, the weather in Europe was cold at the time and if it weren't for the discovery of fire, this would be a big problem. 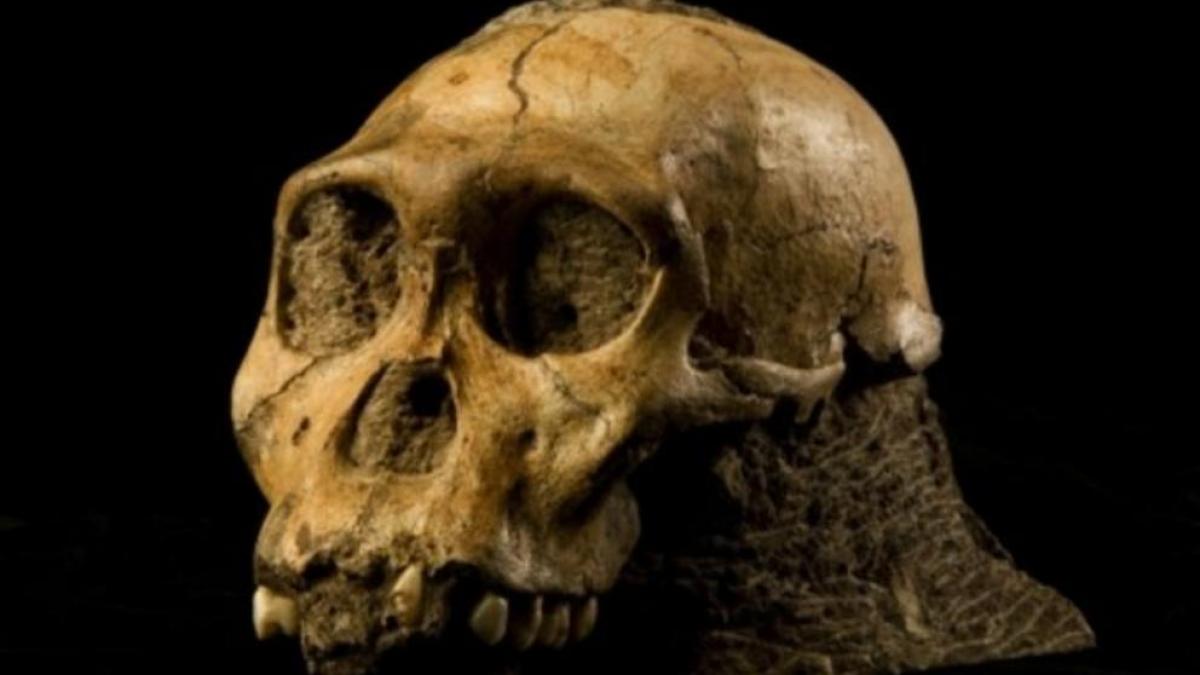 All experts agree on the nomadic nature of the Homo erectus. The evidence found indicates that it was the first hominid to leave Africa. Over the years, it has reached Southeast Asia.

The most famous hypothesis is that you can make use of the ice bridge formed during the glacier for this trip. Its expansion has resulted in it still appears in parts of Indonesia, China, Europe or Central Asia.

As with all fossil remains, it is not easy to determine the physical and biological characteristics. Scientists consider various parameters to approximate, especially the height or shape of the skull. For example, teeth provide very important information about diet and other important habits.

In this case, we must add the presence of several subspecies, which have slightly different characteristics. There are, however, some features of the Homo erectus that seem widely accepted.

Features of the Homo erectus

Little is known about the skin of the Homo erectus. As we all know, it has sweat glands, but neither thin nor thick. In terms of bones, the structure of the pelvis of the Homo erectus it is similar to that of humans today. However, it is bigger and stronger. Something similar happened to the femur, and as more remains appeared, it was easier to study. In addition to its superior size, certain marks of muscular insertion indicate that the body is strong and robust.

El Homo erectus, as the name suggests, walks on two feet, similar to Homo sapiens. At first it was thought that the average height of the males was very small, about 1,67 meters. Nevertheless, the new remnants have changed this way of thinking. Now it is estimated that an adult can reach a height of 1,8 meters, which is taller than the previous hominin.

The chin of the Homo erectus He is also very strong, although he has no chin. The fact that the teeth are small has attracted a lot of attention. Paleontologists have found that as the body enlarges, the size of the dentition decreases.

Similarly, the jaw muscles appear to have gotten smaller and the throat narrowed. It is possible that the presence of fire and chewy cooked meat more easily produce this effect. The skull of Homo erectus it has three distinctive features. The first is the straight supraorbital bone, although it does not have that shape found in Greece and France. On the other hand, they have a sagittal ridge on the skull, which is more common among Asians. These are also those with fairly thick occipital overhangs.

One of the pending questions on the Homo erectus it is whether he has used spoken language during his existence. One theory about the species suggests that they are the first people to use it in the community they created.

It is difficult to know if this theory is correct by studying fossils. If biology seems to support this fact, because they have brain and oral structures to do this.

A recent study by Daniel Everett, dean of the College of Arts and Sciences at Bentley University in Massachusetts, confirmed this hypothesis. Based on their findings, the first word uttered by primitive peoples was uttered by members ofl Homo erectus.

Food is one of the most interesting aspects of the research of the Homo erectus. More specifically, after discovering how to deal with the changes that occurred after the fire. At first it was an omnivorous animal, to obtain meat it used the remains of animal carcasses. What's more, He also collects vegetables and grasses, seeking a diet as complete as possible.

I hope that with this information you can learn more about the Homo erectus and their characteristics.