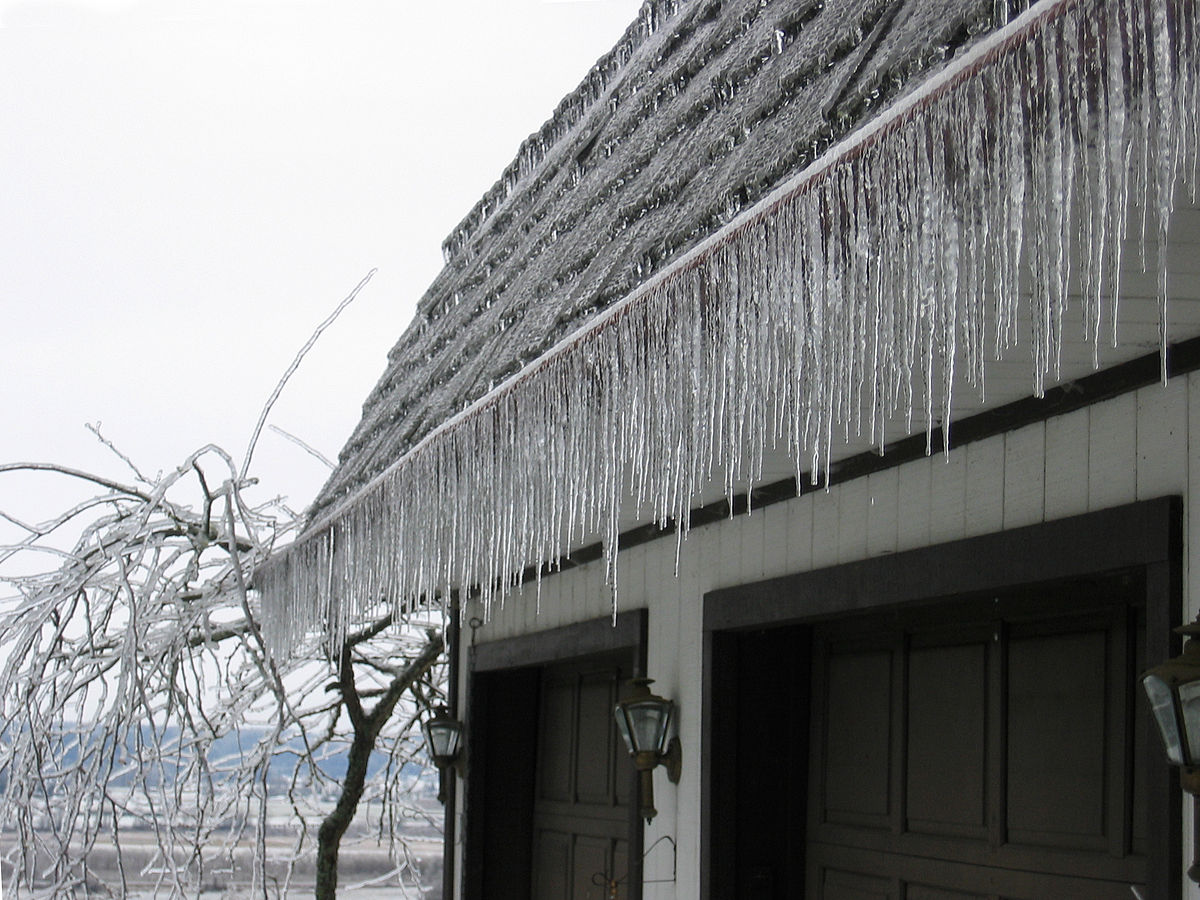 A winter classic that reflects movies, series, cartoons, etc. Are the icicles. It is about pieces of ice forcing on the eaves of the roofs, tree branches, terrain ledges and many other elements of the landscape. They usually occur in winter due to low temperatures and heavy snowfall. Sometimes they can be created without the need for snow as such and can cause serious problems for the population during their fall.

In this article we are going to tell you how icicles are formed, what are their characteristics and what are the possible dangers that they represent. 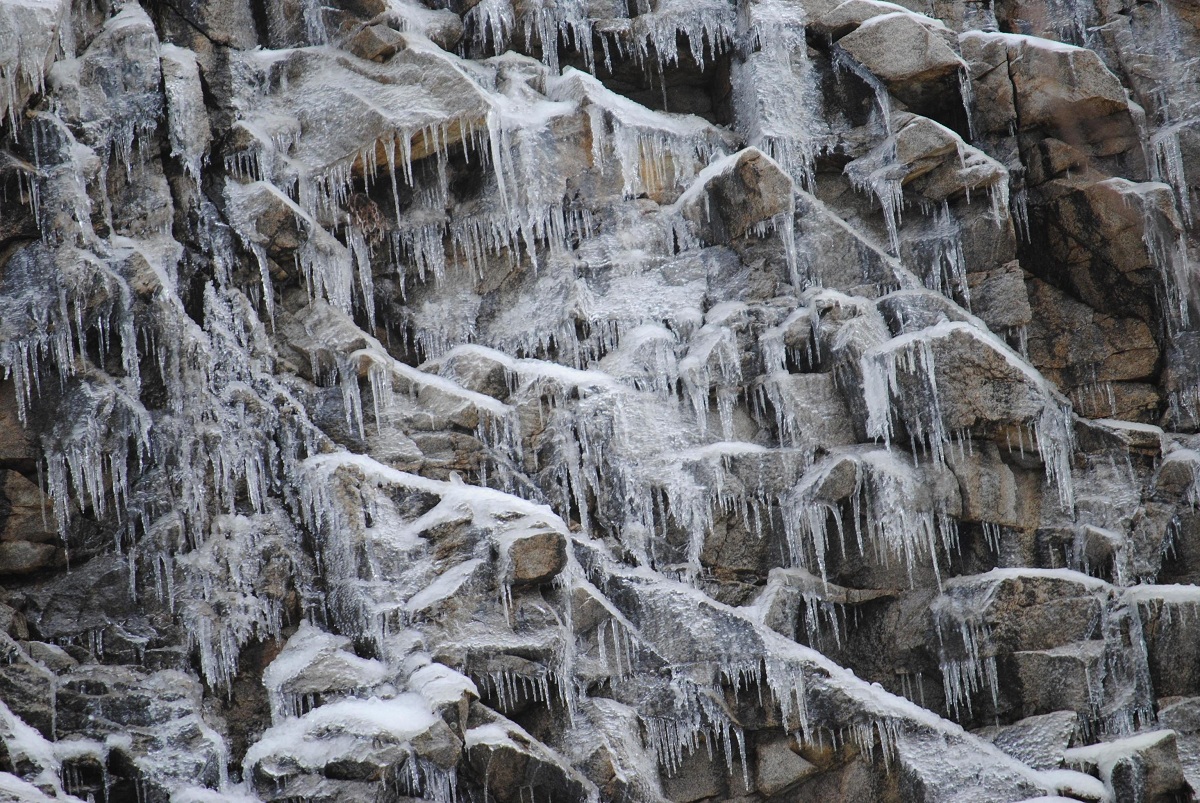 We have surely seen icicles in movies, series, cartoons, postcards and many places. You don't have to have seen them in person to know what they are like. It is a classic of colder winters and is mainly due to the continuous dripping of liquid water in combination with the strong frosts typical of this time of year. We know that during winter temperatures drop dramatically, especially at night. The continuous dripping of liquid water through the rooftops during a rain episode causes icicles to form.

As a result of the sudden drop in temperatures to ranges below 0 degrees we can find the ideal conditions for the formation of an icicle. Namely, when the ambient temperature is below 0 degrees and it has rained or is raining, icicles may form from the continuous dripping of liquid water. These are characteristic ice stalactites that are called icicles. 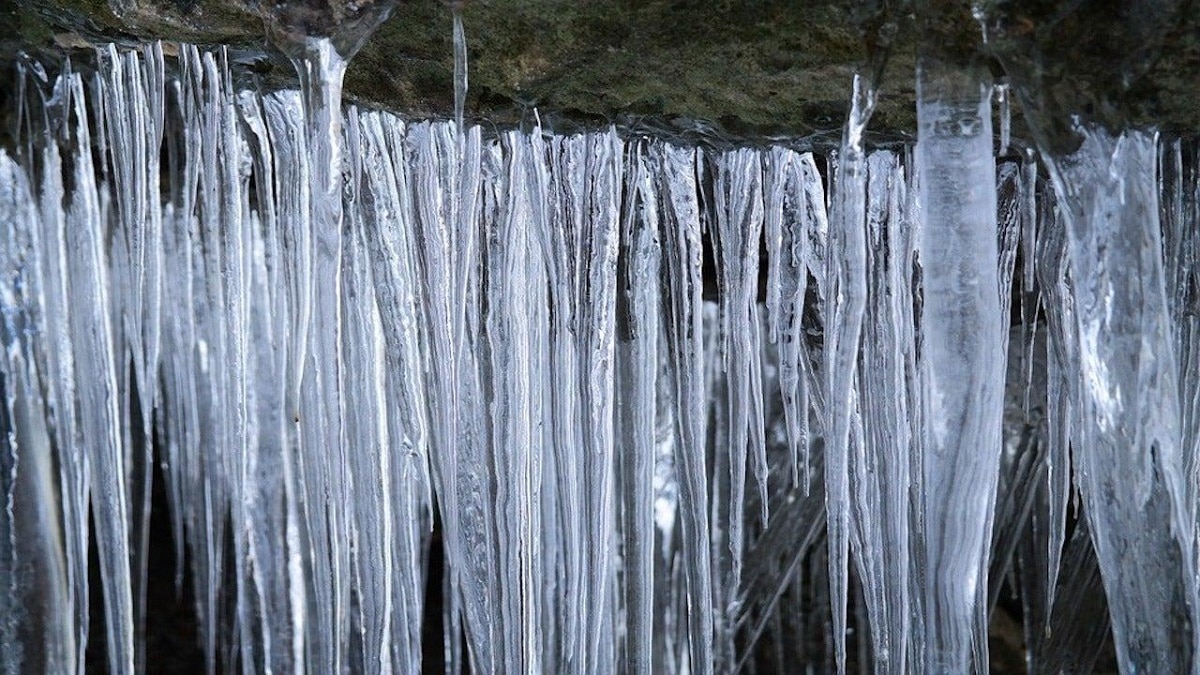 Usually in cities, icicles form on the eaves of a roof. It is necessary previously that you have carried. In this way, we will be guaranteeing that the temperature is very low. Water also usually collects on rooftops, which then form icicles. The partial melting of snow that takes place during the central hours of the day to gives rise to the appearance of numerous small streams of water under the white blanket of snow. When temperatures drop at night and these water lines end at the edges of the roof eaves, it begins to cool until it solidifies into ice.

At nightfall, the freezing cold causes a crust of ice to form on the snow on the roof and the inner part of that mantle is completely isolated from the river. This is how the inner part continues to flow underneath. The resulting drops end up thawing or passing through the eaves until freezing again immediately. And it is that they come into contact with the outside air, which is very low temperature and they are formed with the passing of the hours. This is how the sharp ice needles so characteristic of winter are generated.

It is quite usual that during the day the sky can be cleared and the temperature gently quickly. In this way, some of the ice needles formed in the eaves of the roofs can be detached when illuminated by the sun or melted by the heat. This creates a hazard for people passing under rooftops. On occasions, people who were walking underneath when the icicles fell were caused to death by icicles. This type of news occurs in almost every winter in very cold countries like Russia where the intense cold usually produces this type of formation on the roofs.

Not only is it known by the name of icicles, but it depends on where we are located it can be known by other names. Depending on where you are there is a list of names among which we find spiers, chipiletes, pinganiles, candelizos, calambrizos, rencellos, suckers or suckers. Here in Spain in the interior of Cantabria it is called cangalitu or cirriu while in the Roncal valley it is called churro although the strangest word is calamoco. It refers to a mucus that falls as if it were sliding down the nose. This is also very typical of cartoon series in which the mucus in the nose of those people freezes when they are very cold.

Icicles not only form in the area of ​​the rooftops of a city, but are also generated in nature. We can see on some cliffs, rocks, tree branches, etc. How these ice needles are generated. In the end, we find a certain degree of danger from icicles only if they are generated in cities. In natural environments we have the formation of beautiful landscapes worthy of saving in photos.

However, in cities they can harbor danger. With the accumulation of snow on the roofs and the subsequent thaw that we have discussed above, droplets refreeze due to low temperatures. If there is a rise in temperatures again, these ice needles begin to fall and that is when they generate dangers to pedestrians. In our country it happens in an isolated way since we do not usually have such low temperatures in winter. However, after a winter storm such as this filomena year, these dangers may occur.

It is estimated that around 100 per year in Russia die from icicle shedding. In some countries like Finland there are signs on buildings that warn of the danger of the existence of this phenomenon. In some places it is considered as the icicle of death because they also have a variant. They began to talk about it in 1947 when a curious phenomenon took place in the deep sea. It happens very cold waters of the Arctic or Antarctic Ocean where temperatures extend to -20 30 °. The temperature of the sea is higher since the surface water is freezing. In this way, the salt is left out of this process and is submerged since its density is higher. The surrounding water freezes and a column is generated was stalactite that freezes the water through which it comes into contact.

It is called the icicle of death since it freezes everything it touches in its path. If he comes across a slow-moving animal, he will eventually freeze it.

I hope that with this information you can learn more about icicles and their characteristics.