As we know, climate change is a worldwide phenomenon that is leaving us disturbing and surprising images. And is that the fact that global average temperatures are increasing steadily, is causing somewhat exceptional situations. Given that one of the areas of the planet that received a greater impact due to the increase in global temperatures is Antarctica, it is here where you can see more unusual phenomena. Today we are talking about one of the phenomena that are surprising the entire scientific community. It's about the green snow.

In this article we are going to tell you what green snow means, what are its characteristics and what consequences it has with respect to climate change.

What is green snow

What you can think of when hearing the term green snow, is that vegetation is growing because of the melting of Antarctic snow. At present, due to the increase in global temperatures the white snow is turning green as microscopic algae are growing. When it grows massively it has the snow green and makes it appear a bright green color. This phenomenon can be appreciated even from space and has helped scientists to develop a map.

All data is collected thanks to satellites that are capable of observing and taking images. Observations taken over several summers in Antarctica have been combined with observations from satellites to be able to estimate all areas where green snow will be tested. All these measurements will be used to calculate the speed that the algae will continue to spread across the continent due to climate change.

As expected, the growth of these microscopic algae will affect the dynamics of the climate at a global level.

The terrestrial albedo is the amount of solar radiation that is reflected from the surface back to space by different elements. Among these elements we find surfaces with light colors, clouds, gases, etc. Snow is capable of reflecting up to 80% of the solar radiation incident on it. What has been discovered of the green snow is that the albedo data is reduced to 45%. This means that more heat can be retained on the surface without being reflected back to outer space.

It can be thought that since the albedo in Antarctica is going to decrease, it will become a driving force of average temperatures that will feed itself back. However, the different aspects that influence this temperature evolution must also be taken into account. For example, the growth of microscopic algae also favors the absorption of carbon dioxide by photosynthesis. This helps reduce greenhouse gases, which in turn, It will help us not to increase temperatures.

Then, it is necessary to analyze the balance between the amount of heat that Antarctica is capable of retaining due to the decrease in terrestrial albedo, together with the capacity of microscopic algae to absorb carbon dioxide from the atmosphere. As we know, carbon dioxide is a greenhouse gas with the ability to retain heat. Therefore, the more carbon dioxide is in the atmosphere, more heat will be stored and therefore will increase temperatures.

Studies on microscopic algae in Antarctica 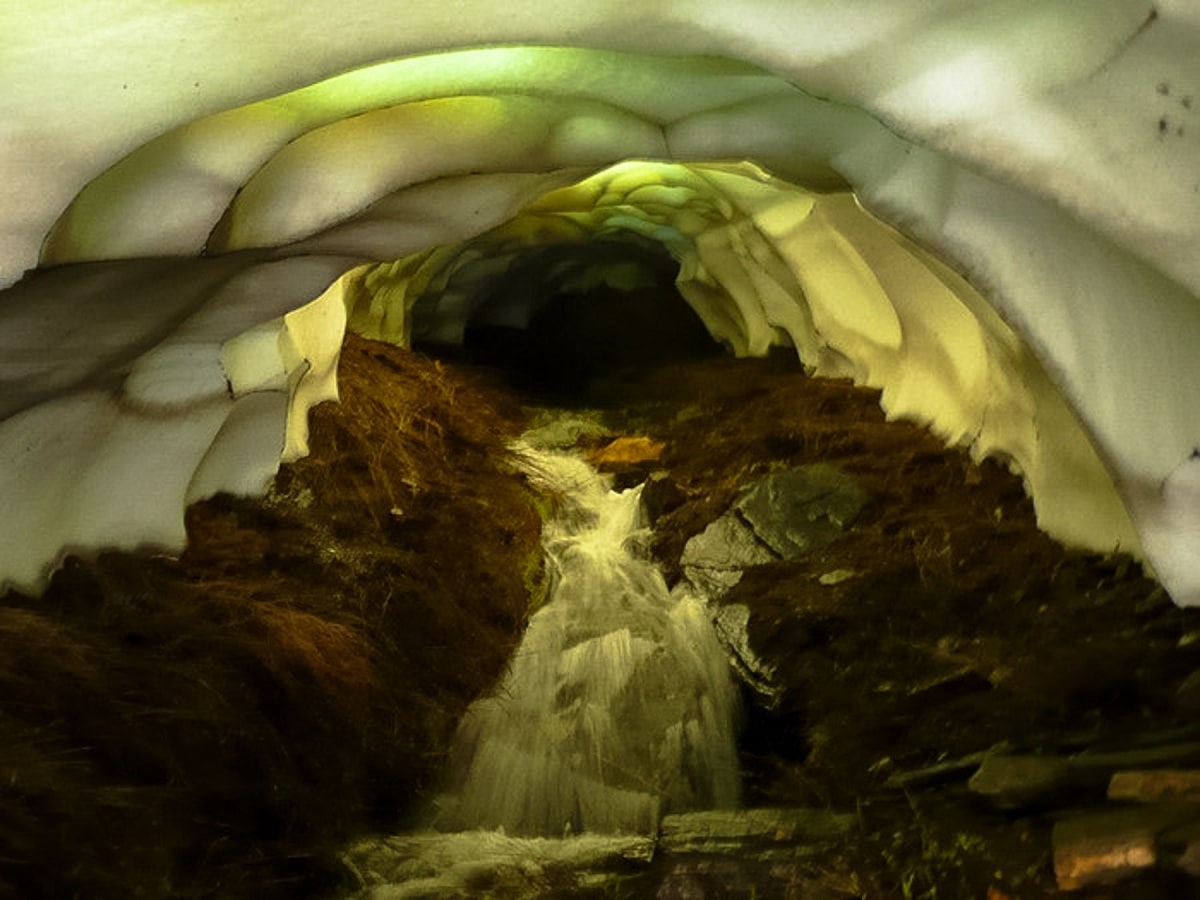 There are already numerous studies that have been published in the journal Nature Communications They predict that green snow will continue to spread across the entire Antarctic continent. As climate change increases global average temperatures, we owe a greater spread of these algae.

Studies also reflect that Antarctica is the place that is showing the changes caused by climate change the fastest. This warming is increasing rapidly in this part of the planet. The study data show that in January, a heat wave was recorded in the eastern part of Antarctica. This heat wave caused temperatures 7 degrees above average. As the heating process continues, the amount of microalgae will also increase more and more.

The problem is that snow no longer has the same perpetuity as before. We must also take into account the rise in sea level that will cause the total melting of the Antarctic ice. To better understand it, it must be borne in mind that the main difference between Antarctica and the North Pole is that in Antarctica there is a land continent under the ice. This causes that, if ice melts above the ground, it increases to sea level. The opposite occurs with the North Pole. The polar caps in the northern part do not have a continent under them. Thus, if this ice melts it will not raise the sea level.

The algae that have been studied in Antarctica are concentrated on the coast. This is because they are the areas that become warmer since they have average temperatures of just over zero degrees. The proliferation of microalgae is also promoted by mammalian animals and seabirds. And it is that the excrement of these animals are very nutritious for these photosynthetic organisms. That is, these same excrements serve as fertilizer and contribute to its growth.

It is known from studies that most algal colonies are close to penguin colonies. They are located at the points where the few rest and in the vicinity of some places where the birds nest.

What can be seen as a positive point of all this, is that there will be a new sink for CO2 on the planet. Since algae maintain a high rate of photosynthesis, their own energy is generated during this process and this greenhouse gas is absorbed. Thanks to the growth of these algae, a greater amount of carbon dioxide will be extracted from the atmosphere and could be counted as a positive point. This new CO2 sink could absorb up to 479 tons per year. This figure may be higher since there are other types of orange and red algae that have not yet been included in the study.

Do not think that all this is going to be positive in general, since the consequences of climate change are so serious that this effect of green snow cannot be offset.

That with this information they can learn more about green snow and its importance.