Today we are going to take a trip to the past. But not to the past of a couple of years or a few centuries ago. We are going to travel 66 million years back to the present. And is that the Cenozoic it is an era that was the third of the major epochs in Earth's history. It was the best known interval by which the continents acquired the configuration they have today. We remember that continental drift theory and plate tectonics explain that the continents move.

Do you want to know all the characteristics and events, both geological and biological that have taken place in the Cenozoic? In this post we will tell you all 🙂

What is the Cenozoic?

The geology, flora and fauna of the world is not stable over time. Over the years they evolve due to the crossing of species and changes in environmental conditions. The rocks, on the other hand, move along with the continents, creating and destroying with the tectonic plates.

The term Cenozoic comes from the word Kainozoic. It was used by the English geologist John Phillips to name the main subdivisions of the Phanerozoic Aeon.

The Cenozoic era has been one of the most important, since it represents the moment when the dinosaurs disappeared. This marked the beginning of the mammalian revolution. In addition, the continents acquired the configuration that is maintained today and the flora and fauna evolved. The new environmental conditions that our planet presented, forced to change the entire panorama known so far.

Animals present in the Cenozoic

During the Cenozoic, the Atlantic Ocean expanded to form the Atlantic mountain range. Some countries like India had major tectonic shocks that resulted in to the formation of the Himalayas. On the other hand, the African plate moved in the European direction to form the Swiss Alps. Finally, in North America the Rocky Mountains were formed by the same processes.

The rocks that were present in this era were developed on the continents and low plains, acquiring a higher level of hardness. This is due to the high pressure caused by deep burial, chemical diagenesis, and high temperatures. On the other hand, it is the sedimentary rocks that predominated this era. More than half of all the world's oil it is extracted from sedimentary rock deposits.

Characteristics of the Cenozoic era 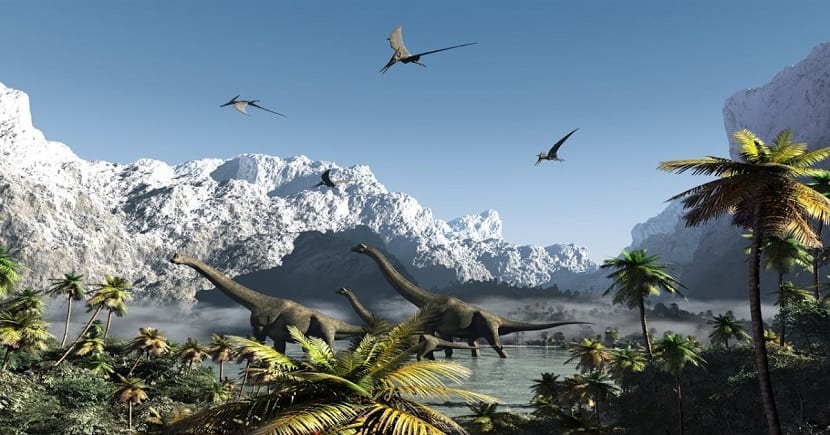 Since this era entered with the extinction of the dinosaurs, there were many changes that occurred at the planetary level. The first was the evolution and expansion of mammals. By not having as a competition the dinosaurs, they could evolve and diversify. The genetic exchange helped increase the proliferation and adaptation of mammals to different environments.

En general, there was an extension of the fauna throughout the entire Earth. Tectonic plates are in constant motion and it is in this era that the Atlantic Ocean expanded. The events that had the most relevance and that are important today were:

What periods does this era cover?

As described in geological time Each era is made up of several periods. The Cenozoic is divided into two periods called Tertiary and Quaternary. These are in turn divided into different epochs. 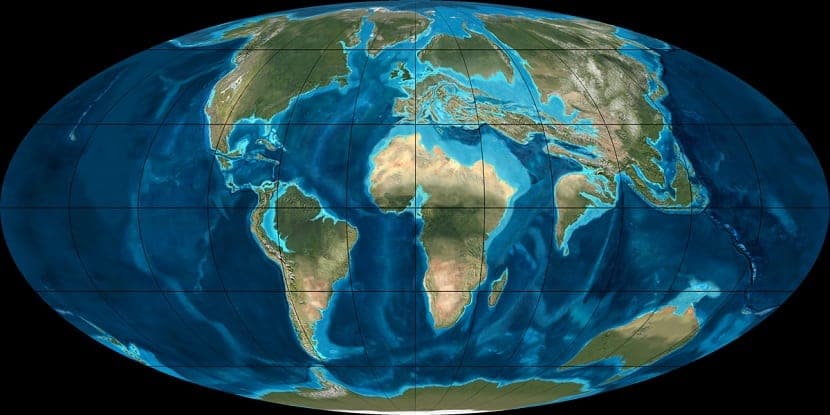 Union of the continents and formation of current mountain ranges

This is the first period in which the forms of life both on the surface and in the sea are similar to those of today. Since the dinosaurs had disappeared, mammals and birds ruled the planet. This is because they did not have any kind of competition. By this time, herbivores, ruminant animals, marsupials, insectivores and even whales existed.

As we have mentioned before, this period is in turn divided into different periods that are:

This is the most modern period that we know of. It is divided into two epochs:

The Cenozoic was considered a period of time in which the planet cooled down. It lasted quite a long time. After Australia completely separated from Antarctica during the Oligocene period, the climate cooled considerably due to the appearance of the Antarctic Circumpolar Current which produced an enormous cooling of the Antarctic Ocean.

During the Miocene there was a warming due to the release of carbon dioxide. After the climate cooled, the first ice ages began.