In this blog we always talk about the most important scientists and their contributions to the world of science. However, philosophers have also made numerous contributions such as Leibniz. He is a philosopher whose full name is Gottfried Wilhelm Leibniz and he was also a physicist and mathematician. It had an important influence on the development of modern science. In addition, he is one of the representatives of the rationalist tradition of modernity since his knowledge in mathematics and physics was used to be able to explain certain natural and human phenomena.

Therefore, we are going to dedicate this article to tell you everything you need to know about Leibniz's biography and feats.

He was born on July 1, 1646 in Leipzig, Germany. He grew up in a devout Lutheran family towards the end of the 30-year war. This war had left the entire country in ruins. Since he was little, whenever he has been in school, he has been a kind of self-taught since he was able to learn a lot of things on his own. By the age of 12, Leibniz had already learned the language of Latin on his own. Also, I was studying Greek at the same time. The learning capacity was very high.

Already in 1661 he began to train in the field of law at the University of Leipzig where he was especially interested in the men who had starred in the first scientific and philosophical revolutions of modern Europe. Among these men who had revolutionized the entire system were Galileo, Francis Bacon, René Descartes and Thomas Hobbes. Among the current of thoughts that existed at that time some scholastics and some thoughts of Aristotle were recovered.

After completing his law studies, he spent several years in Paris. Here he began to train in mathematics and physics. In addition, he was able to meet the best-known philosophers and mathematicians of the time and studied in greater detail all those who interested him. He was trained with Christian Huygens who was a fundamental pillar so that he could later develop theory on differential and integral calculus.

He traveled to different parts of Europe meeting some of the most representative philosophers of this time. After this trip to Europe he established an academy of sciences in Berlin. This academy had quite a flow of apprentices who wanted to know more about science. The last years of his life were spent trying to compile the greatest expressions of his philosophy. However, this intention could not be successful. He died in Hanover in November 1716. 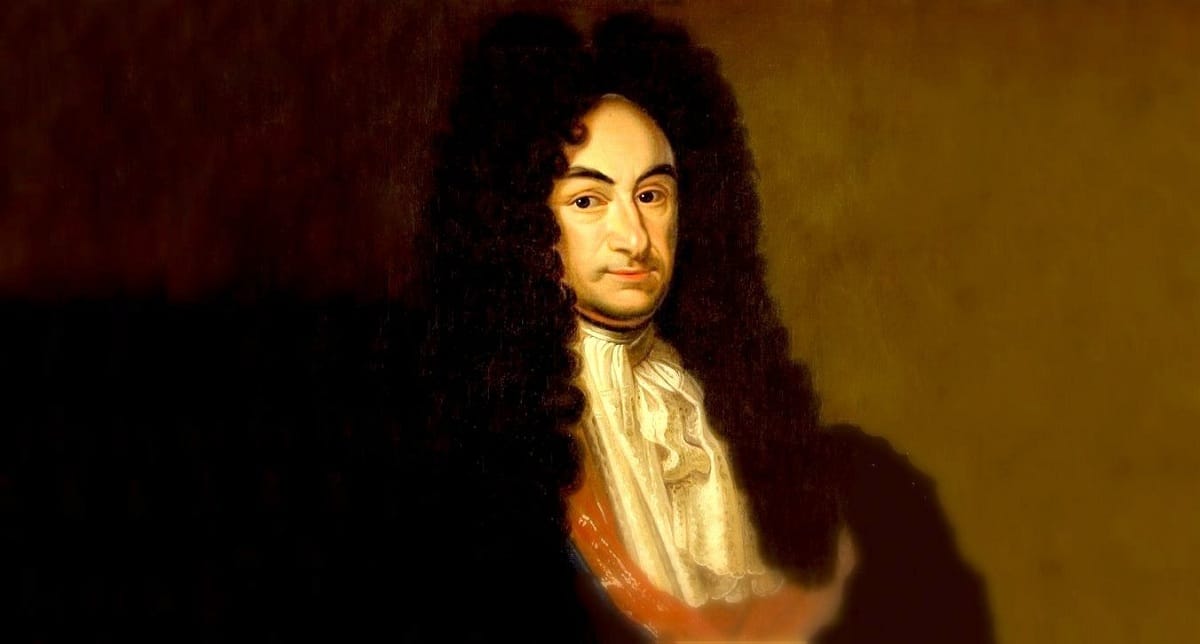 We are going to see what have been the main feats and conditions of Leibniz to the world of science and philosophy. As with other philosophers and scientists of the time, Leibniz specialized in various areas. We must bear in mind that in these times there was still not much knowledge about all disciplines, so that a single person could be a specialist in several areas. Currently, you have to specialize in only one area and even so it is difficult to know all the information about that area. And the fact is that the amount of information that there is and what can continue to be investigated with respect to what was previously is an abysmal difference.

The power of specialists in various areas allowed him to formulate different theories and lay the foundations for the modern development of science. Some of the examples were in mathematics and logic as well as philosophy. We are going to divide what their main contributions are: 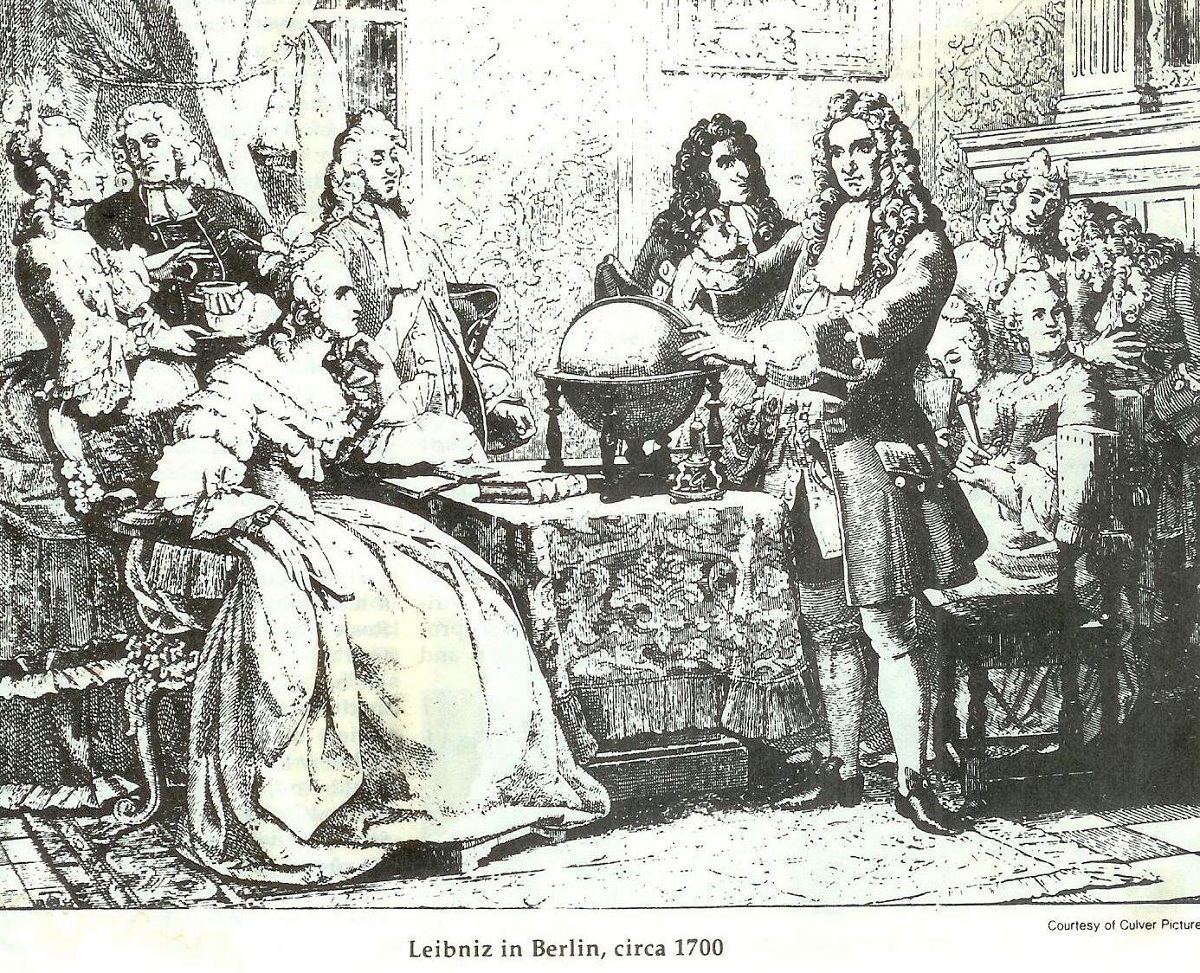 Along with Isaac Newton, Leibniz is recognized as one of the creators of the calculus. The first use of the integral calculus is reported in the year 1675 and I would have used it to find the area under the function Y = X. In this way to be able to produce some notations such as the integral cycle S and gave rise to Leibniz's Rule, being precisely the rule of the product of differential calculus. He also contributed to the definition of various mathematical entities that we call infinitesimals and to define all their algebraic properties. For the moment there were numerous paradoxes that had to be revised and reformulated later in the nineteenth century.

Contributed on the basis of epistemology and modal logic. He was faithful to his mathematical training and was able to defend well that the complexity of human reasoning can be translated with the language of calculations. Once these calculations have been understood, it can be perfectly the solution to resolve differences of opinion and arguments between humans. For this reason, he is recognized as one of the most significant logicians of his time, since Aristotle.

Among other things, he was able to describe the properties and method of various linguistic resources such as conjunction, negation, set, inclusion, identity and the empty set, and disjunction. All were useful is to understand and make valid reasoning and deference to each other that are not valid. All this constitutes one of the main phases for the development of epistemic logic and modal logic.

Leibniz's philosophy is summed up in the principle of individualization. He did it in the 1660s and defends the existence of an individual value that constitutes a whole in itself. This is so because it is possible to differentiate from the set. This was the first approach to the German theory of monads. It is an analogy with physics in which it is argued that monads are the realm of the mental what atoms are on the physical realm. They are the ultimate elements of the universe and what gives substantial shape to being through properties such as the following: monads are eternal since they do not decompose into other simpler particles, they are individual, active and subject to their own laws.

All of this is stated as an individual representation of the universe itself.

As you can see, Leibniz has made numerous contributions to the world of science and philosophy. I hope that with this information you can learn more about Leibniz in his biography.