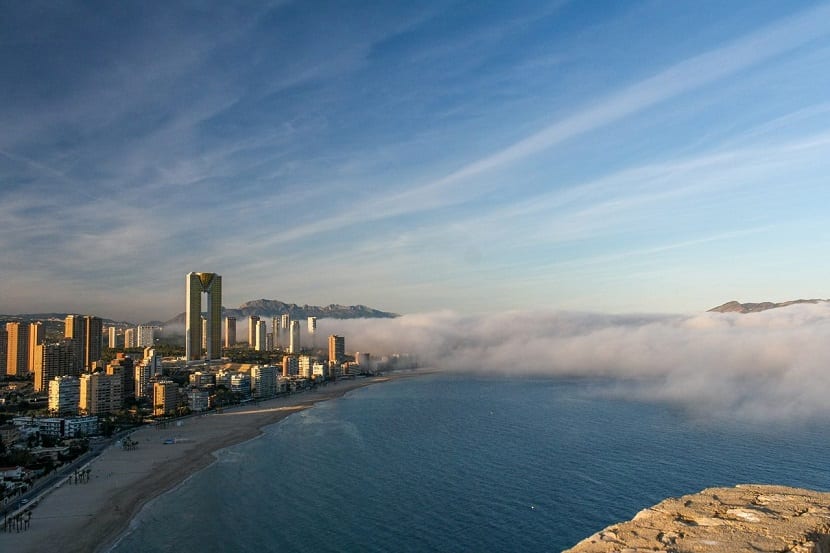 In meteorology it is important to study the physical changes that the atmosphere undergoes in real time to predict what will happen. The atmosphere it is a medium where mass movements occur very easily. In this way, heat exchange by vertical and horizontal movements is allowed. The horizontal transport of heat of other physical quantities by the wind is called advection. Advection is the goal of this article.

We will analyze the importance of knowing the advection that exists in the atmosphere in order to know the meteorology and changes in the weather. Do you want to learn more about it? You just have to keep reading 🙂 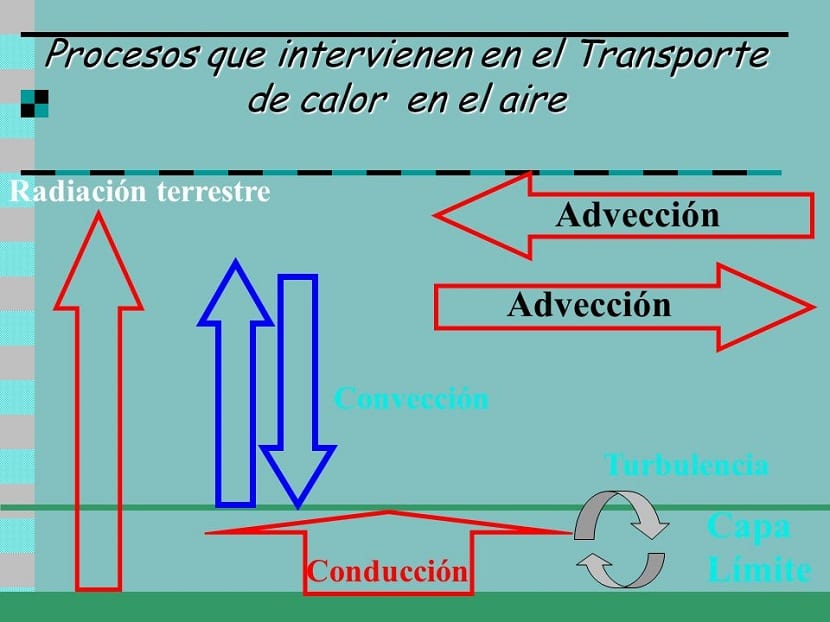 In meteorology it is very common to use the term convection to designate vertical movements. The value of the speed of these movements does not generally exceed to one hundredth of horizontal movements. Therefore, it can be observed that the vertically developing clouds have formed slowly and are capable of taking up to a full day.

The horizontal movement of air masses does occur on a large scale throughout the world. It is the one that transports heat energy from the tropical regions to the polar zones. They are capable of passing energy from one side of the world to the other, traveling thousands of miles away. It is this horizontal transport that is advection and is much more important and persistent than vertical air currents.

In meteorology and physical oceanography, advection is often referred to to the transport of some property of the atmosphere or ocean, such as heat, humidity or salinity. Meteorological or oceanographic advection follows isobaric surfaces and is therefore predominantly horizontal. It is synonymous with the transport of an atmospheric property by the wind. 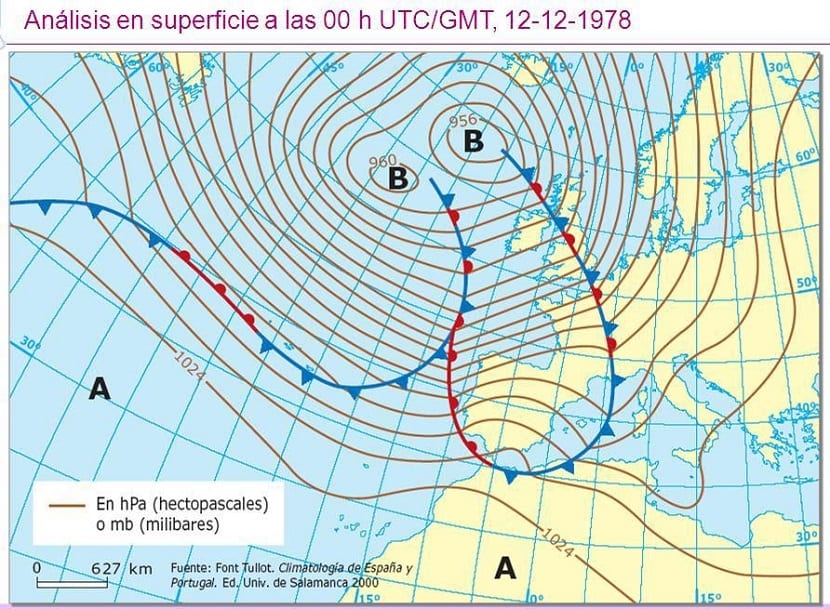 To better understand this concept we are going to put some examples of both warm and cold advection. Warm advection is that heat that is carried by the wind to another place. On the contrary, cold advection is the transport of cold to other places. However, both are energy transports since, although the air is at a lower temperature, it still has energy.

In weather forecasting, the advection term refers to the transport of a magnitude given by the horizontal component of the wind. If we have a cold advection, it tends to go towards warmer surfaces. When there is warm advection, it occurs over colder soils and seas and cooling occurs from below. 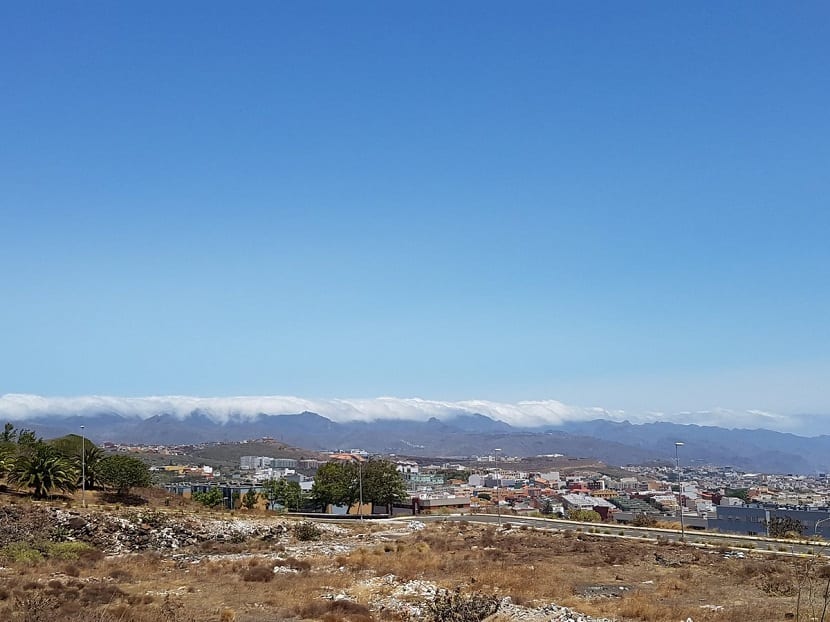 There are several types of water vapor condensation. The first is by radiation and the second by advection. Water vapor can also be condensed by mixing air masses and cooling by adiabatic expansion. The latter is the cause of the largest cloud mass formations.

In advection cooling, a warm and humid air mass is transported horizontally, adding up above a cooler surface or air mass.. Due to the contact between the warm and cold dough, the air temperature of the warm dough drops to match the cold one. In this way cloudiness begins to form, as long as the decrease in temperature of the warm mass reaches the dew point and becomes saturated with water.

Radiation cooling takes place when the earth is heated by the sun. The layer closest to the surface begins to heat up as a result. For this reason, hot air bubbles are formed and, due to its lower density, it tends to rise until it meets the highest and coldest layers. When they reach the higher layers, the temperature begins to drop and they become saturated, condensed and form the cloud. 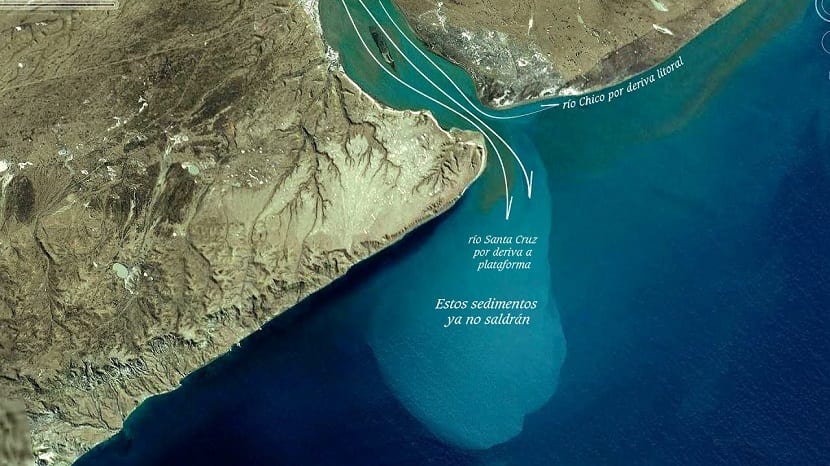 It is due to the variation in temperature due to the decrease in atmospheric pressure as one ascends in altitude. Many of the vertical currents can alter this cooling, also known as the environmental thermal gradient.

When the air rises, the atmospheric pressure decreases. For this reason, the movements and frictions of the molecules also decrease, thus cooling the air. As usual, it usually descends about 6,5 degrees for each kilometer of height.

If the air is dry, the drop in temperature is much higher (around 10 degrees for each kilometer in height). On the contrary, if the air is saturated, its descent will be only 5 degrees per kilometer.

Clouds are made up of a set of very small and fine water particles, ice or a mixture of both. They are formed by condensation of water vapor in the atmosphere. This causes advection to transport the cold from the clouds to the rest of the atmosphere and spread.

Change in temperature due to advection

Advection has units of temperature divided by units of time. Indicates the thermal variation that a point experiences due to the arrival of wind that carries air at different temperatures.

If, for example, at the point where we are measuring air arrives from a colder region, we would experience a cooling and the temperature advection would be a negative number that would indicate exactly how many degrees per unit of time the temperature is dropping.

As you can see, advection is a very important factor to take into account in meteorology. It is quite conditioning when it comes to meteorological predictions and to know the dynamics and stability of the atmosphere.