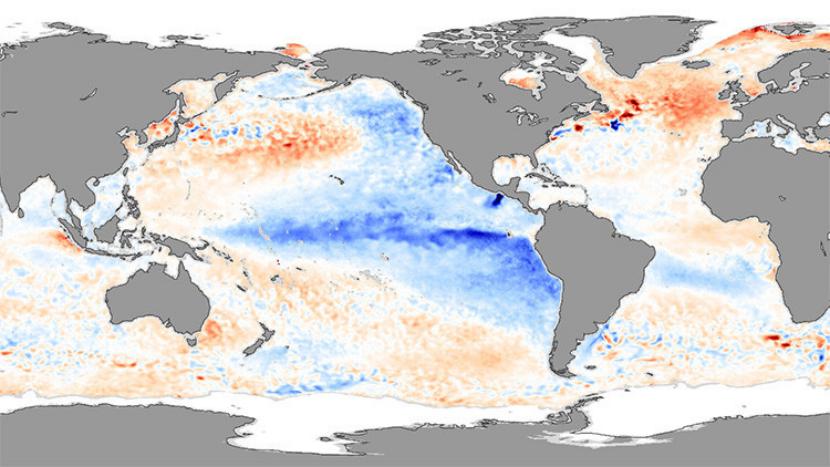 After El Niño, his antagonist arrives: La niña, which is a natural phenomenon that cools the waters of the Pacific and alters the global climate ... but in a slightly different way. When could it arrive? According to NOAA, there is a 75% chance that this weather pattern will develop in the fall.

The surface temperature of the Pacific near the equator could lower more than 0,5ºC, thus favoring the formation of hurricanes in the Atlantic.

La Niña is a phenomenon that, unlike El Niño, is not as damaging as you might think, but what it causes is just as important. Not so intense, but you do have to be prepared. In the Pacific they will have a colder and drier winter, and that is a problem for those localities in which the rains in recent times have not been seen much, such as California. On the other hand, and as we said at the beginning, in the Atlantic there will be more hurricane activity, which, perhaps could reach Spain, not to mention that precipitation will be much higher than normal in Asia, Australia and even in South Africa.

Can La Niña be predicted? The truth is that no, but it is known that every 2 or seven years it can appear, not always after El Niño, but according to historical records, the chances increase when that one has been especially strong and intense, as it has been this time.

Trajectories of hurricanes in the Atlantic Ocean. Image - NASA.

As we can see, although everything begins in a certain area of ​​the planet, in reality it ends up having a global impact, producing in all places some changes in the climate that cannot and should not be ignored. You have to be prepared for what may arise, just in case.