After previously seen in the articles of Alfred Wegener and the Theory of continental drift, science advanced until, in 1968, the current plate tectonics theory. This theory says that for billions of years, the plates of which the continental crust is composed have been undergoing a slow but continuous movement.

If you want to know in depth plate tectonics, I recommend you continue reading this post 🙂

Before plate tectonics was accepted by the scientific community, scientist Alfred Wegener proposed the theory of continental drift. It was based on the drifting movement of the continents. He gathered a great deal of information that explained many of the doubts about the shape of the continents and the distribution of animal and plant species.

Paleoclimatic evidence was gathered that indicated the type of climate that existed in the supercontinent known as Pangea. Fossils of animals that existed both on one continent and another were also found and it is because before those lands formed a single surface.

The terrestrial magnetism also had great relevance for the sense of orientation of the rocks and minerals. This theory was accepted years after Wegener's death. However, why the continents moved was not explained. That is, what was the reason why the continents could move along the entire continental crust. The answer is given by plate tectonics.

The movement is due to the continual formation of new material from the mantle. This material is created in the oceanic crust. In this way, the new material exerts a force on the existing one and causes the continents to shift. 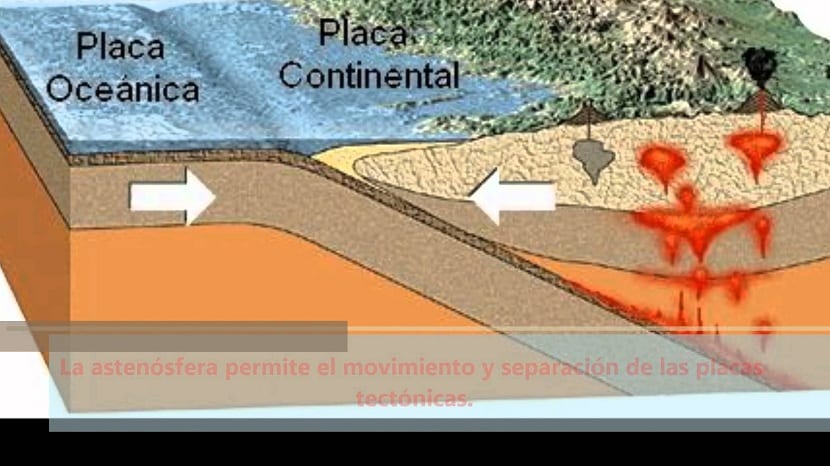 As we have mentioned, this theory complements and fully explains continental drift. And it is that it was only necessary to know which was the engine that made the continental plates move.

The continents are joined together or fragmented, the oceans open, mountains rise, the climate changes, influencing all this, in a very important way in the evolution and development of living beings. New crust is continually being created on the seabed. This bark has a very slow growth rate. So slow that it only grows a kilometer or two a year. However, this continuous growth causes the crust in the oceanic trench areas to be destroyed and the collisions between continents to form.

All these actions modify the relief of the Earth. Thanks to these collisions and movements of the plates numerous seas and oceans have been created and huge mountain ranges like the Himalayas.

Basis of the theory 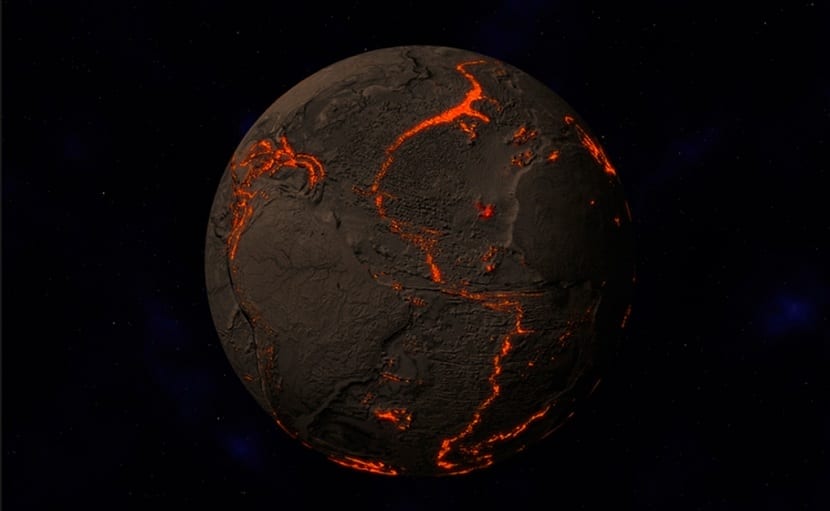 According to the theory of plate tectonics, the earth's crust is made up of numerous plates that move continuously. These blocks are supported by a layer of hot and flexible rock. Remembering the layers of the earth we can see that in the upper mantle there are convection currents caused by the change in density of materials.

Seeing that the densities of the materials are different, the rocks begin to shift from the densest to the least dense. As with atmospheric dynamics, when an air mass is denser, it will move to that area where it is less dense. The movement is always the same.

Well, the continuous movement of these convection currents of the mantle are those that, as the layer of materials on which the plates rest is flexible, which make them continuously displace.

Geologists still have not determined exactly how these two layers interactBut the most avant-garde theories claim that the movement of the thick, molten material in the asthenosphere forces the upper plates to move, sink, or rise.

To be better understood, the heat tends to rise. In planetary dynamics, heat is less dense than cold, therefore it always tends to rise and be replaced by denser material. Therefore, between the sum of the convection currents of the mantle and the pressure exerted by the birth of new oceanic crust, the plates are in continuous movement.

The same principle applies to hot rocks below the earth's surface: molten mantle material rises up, while the cold and hardened matter sinks further to the bottom. 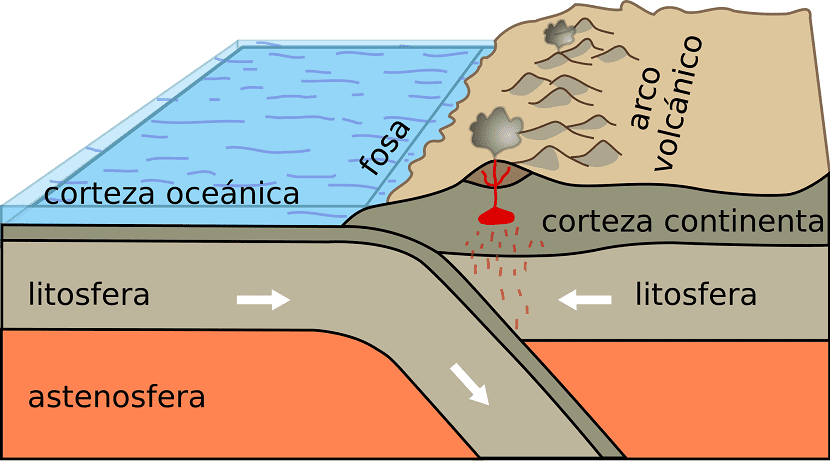 The movement of the tectonic plates is too slow as we mentioned earlier. He is only able to move at a speed of about 2,5 km per year. This speed is somewhat similar to the speed at which nails grow.

The movement of all the plates is not in the same direction, therefore, there are numerous collisions with each other and lead to earthquakes on the surface. If these shocks occur in the sea, tsunamis occur. This is due to the collision of two oceanic plates.

All these phenomena occur with greater intensity at the edges of the plates. This movement is often unpredictable, so it is not possible to know in advance the existence of earthquakes.

The types of movements that exist are:

I hope you liked the theory of plate tectonics and learned something more about our planet.