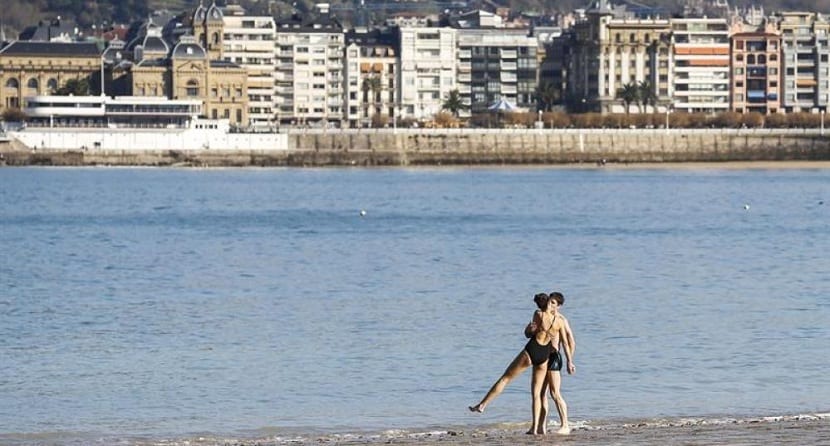 Consequently, this long-term global problem can have very serious consequences for countries and its coastal stability. Why is Spain so vulnerable to the coast?

One of the problems of global warming is the melting of the ice caps of the Arctic and Antarctica with the consequent rise in sea level. The economy of Spain is based mostly on the tertiary sector (tourism) and the coastlines are highly populated, so if the sea level rises, there will be numerous problems.

To this phenomenon produced by global warming, we have to add increased flooding which, with a rising sea level, will be more devastating and will cause much more damage.

Spain is vulnerable due to its highly populated coasts

Until today, the 361 million square kilometers that the oceans occupy have acted in the fight against global warming, since they have been responsible for absorb up to 90% of the heat produced by humans and a third of the carbon dioxide emitted.

This occurs due to the partial pressure of carbon dioxide in the atmosphere. When there is a lot of carbon dioxide in the atmosphere, it passes into the water, which acts as a regulator. The problem with this phenomenon is that it generates negative side effects. When there are large amounts of CO2 in the water, they cause their acidification and deterioration of marine ecosystems and the habitat of many species.

One of the most famous and well-known cases of side effects caused by the absorption of CO2 by the oceans is the bleaching of coral reefs, which can end up starving.

In fact, the western Mediterranean Sea is the marine region that has the most accumulated anthropogenic carbon dioxide in its deep areas in the world, due to the fact that it is surrounded by humanity and the processes of subsidence of cold and dense waters that take place here, which prevents the exit of CO2 towards the Atlantic through Gibraltar.

In a report from Catalonia it was revealed that average temperatures have risen by about two degrees since 1900.

What consequences does this have?

Scientists warn of the direct consequences of global warming, such as the melting of the polar caps and glaciers, the thermal expansion of water and the consequent rise in sea level, in addition to increasing maritime storms, which, they predict, will have the effect of a erosion on the beaches, which now they already lose between 60 and 90 centimeters per year.

Given these consequences, Spain may have climate refugees in the next years. In addition, the fact that the drought periods are longer in the semi-arid areas of the southeast of the peninsula were already, together with many other factors, especially economic ones, the causes of the massive migrations that took place in Spain in the XNUMXs.

In a few years, at the current rate of consumption and degradation, the amount of garbage in the sea will exceed that of fish. Among the projects that try to stop these serious consequences are the injection of carbon dioxide into reservoirs on the seabed to remove CO2 from the cycle, the exploitation of gas hydrates, whose world reserves double those of oil, natural gas and carbon together, or the cleaning of the more than five trillion pieces of plastic that currently float in the ocean.

It has also appealed for greater respect for the Spanish marine environment, which has 5% of the world's marine biological diversity, about 200.000 species, of which only 8,6% are protected.