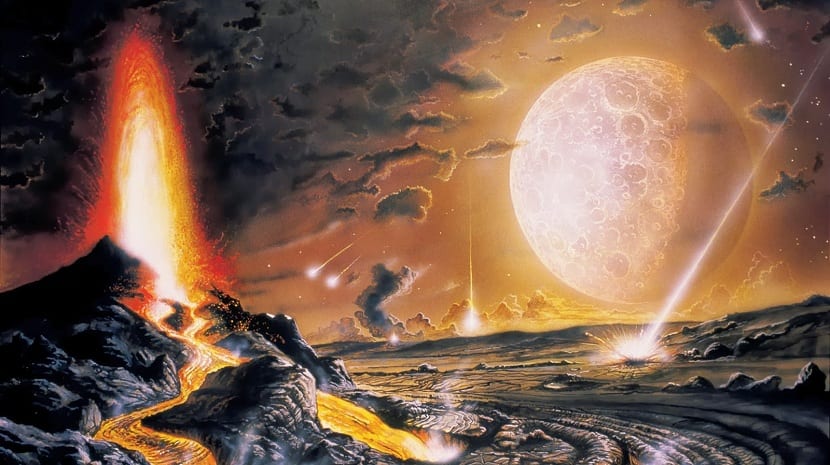 Today we are going to move towards the beginnings that mark geological time. The first eon that marks the history of our planet. It is about the Precambrian. This is a fairly old term, but widely used to indicate the period of the Earth before rocks were formed. We are going to travel to the beginnings of the Earth, close to a period of its formation. Fossils have been discovered in which some Precambrian rocks are recognized. It is also known as "dark life."

If you want to know everything related to this era of our planet, in this post we will tell you everything. You just have to keep reading 🙂

Beginnings of the planet 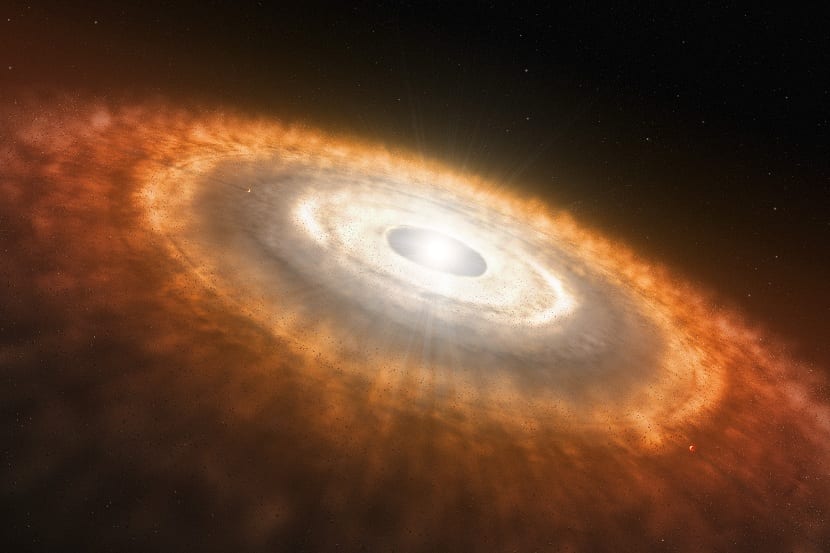 Formation of the solar system

The Precambrian covers almost 90% of the entire history of the Earth. In order to better study it, it has been divided into three eras: Azoic, Archaic and Proterozoic. The Precambrian eon is the one that includes all geological time prior to 600 million years. This eon has been defined as the one before the Cambrian Period. Today, however, it is known that life on Earth began in the early Archaic and that organisms that are fossilized became more abundant.

The two subdivisions that the Precambrian has are the Archaean and the Proterozoic. This first is the oldest. Rocks that are less than 600 million years old are considered to be within the Phanerozoic.

The duration of this eon begins from the formation of our planet about 4.600 billion years ago until geological diversification. It is when the first multicellular lives known as the Cambrian Explosion appeared that the Cambrian begins. This is dated about 542 million years ago.

There are some scientists who consider the existence of a fourth era within the Precambrian called Chaotian and that it is previous to all the others. It corresponds to the time of the first formation of our solar system.

This first era took place between the first 4.600 billion years and 4.000 billion years after the formation of our planet. The solar system at that time was forming within a cloud of dust and gas known as the solar nebula. This nebula spawned asteroids, comets, moons, and planets.

It is theorized that if Earth collided with a Mars-sized planetoid called Theia. It is possible that this collision will add 10% of the Earth's surface. The debris from that collision added together to form the moon.

There are very few rocks from the Azoic era. Only a few mineral fragments remain that have been found in sandstone substrates in Australia. However, numerous studies have been conducted on the formations of the moon. They all conclude that the Earth was bombarded by frequent asteroid collisions throughout the entire Azoic era.

In this era the entire surface of the Earth was devastating. The oceans were liquid rock, boiling sulfur, and impact craters everywhere. The volcanoes were active in all areas of the planet. There was also a shower of rocks and asteroids that never ended. The air was hot, thick, full of dust and dirt. Back then there couldn't be life as we know it today, since the air was made up of carbon dioxide and water vapor. It had some traces of nitrogen and sulfur compounds.

The name means ancient or primitive. It is an era that begins around 4.000 billion years ago. Things have changed from their previous era. Most of the water vapor that was in the air cooled and formed the global ocean. Most of the carbon dioxide was also turned into limestone and deposited on the ocean floor.

In this age the air was made up of nitrogen and the sky was full of normal clouds and rain. The lava began to cool to form the ocean floor. Many active volcanoes still indicate that the Earth's core is still hot. The volcanoes were forming small islands that, at that time, were the only land area there was.

The small islands collided with each other to form larger ones and, in turn, these collided to form the continents.

As for life, only single-celled algae existed at the bottom of the oceans. The mass of the Earth was enough to host a reducing atmosphere composed of methane, ammonia and other gases. That's when methanogenic organisms existed. The water from the comets and hydrated minerals condensed in the atmosphere. There was a series of torrential rains at apocalyptic levels that formed the first oceans of liquid water.

The first Precambrian continents were different from what we know today: they were smaller and had surfaces of igneous rocks. No life lived on them. Because of the continuing force of the Earth's crust to shrink and cool, the forces accumulated below and pushed the land masses upward. This caused the formation of high mountains and plateaus that were built above the oceans.

We entered the last Precambrian era. It is also called Cryptozoic, which means hidden life. It began about 2.500 billion years ago. Enough rock formed on the shields to initiate recognizable geological processes. This started the current plate tectonics.

About 1.200 billion years ago, plate tectonics forced shield rock to collide, forming Rodinia (a Russian term meaning "mother earth"), the first super continent on Earth. The coastal waters of this super continent were surrounded by photosynthetic algae. The process of photosynthesis was adding oxygen to the atmosphere. This caused the methanogenic organisms to disappear.

After a short ice age, organisms were having rapid differentiations. Many of the organisms were cnidarians similar to jellyfish. Once the soft organisms gave rise to the more elaborate organisms, the Precambrian eon came to an end to begin the current eon called Phanerozoic.

With this information you will be able to learn something more about the history of our planet.