El Nile river It is an international river, more than 6000 kilometers long, which crosses ten countries on the African continent. Although it has long been considered the longest river in the world, it currently ranks second, surpassed by the Amazon after redefining its origin. It has always been an important source of life for the inhabitants of its valley, providing rich fertility and serving the development of the ancient Egyptian civilization. It also has an impact on the economy, culture, tourism and daily life of the African continent.

In this article we are going to tell you about all the characteristics, flora, fauna and importance of the Nile River. 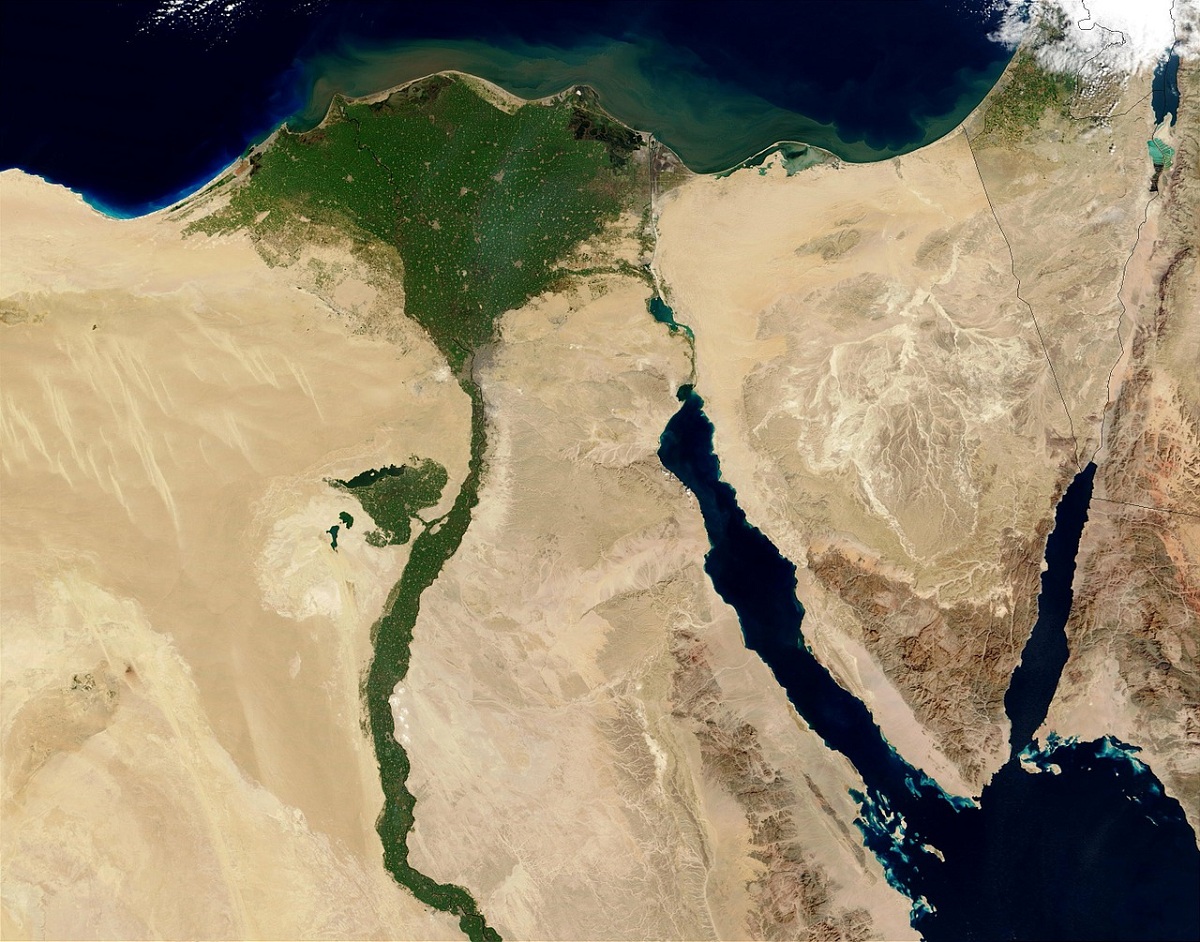 The Nile River is the second longest river in the world, with a total length of 6.853 kilometers. Its north-south route crosses 10 African countries. It has a basin of approximately 3,4 million square kilometers, which occupies a little more than 10% of the land area of ​​Africa. Its maximum width is 2,8 kilometers. Since most of the area through which the Nile River flows is dry with very little rain. This river has become an exotic river. This means that its water flow originates from waters where the climate is conducive to rain.

There have been many ethnic groups living on its shores throughout history, like the siruk, nuer and sufis. Due to their different beliefs (Muslims, Orthodox Christians, Jews, Coptic traditions, and other religions), they lived through periods of peace and war.

The Nile River twists and turns, narrowing in some areas and widening in others. You may encounter a waterfall along the way, although it may be navigable in various parts, it is difficult to navigate due to its impetuousness in other parts.

Except for the silty color that can be seen along the White Nile route, Nile water is generally blue, in stark contrast to the yellow of the desert and the green of palm trees. The river forms small islands, some of which are tourist attractions.

Threats and source of the Nile River

The main threat to the second longest river in the world is the pollution it suffers, because despite attempts to enact regulations to limit the discharge of waste into its waters, industries and hotels continue to suffer such neglect.

Its birth has always been a controversial topic, because although some explorers, such as Burkhart Waldecker from Germany, claim that the Nile was born in the Kagera River, others believe that it originated in Lake Victoria. In the XNUMXnd century AD C. It is believed to have originated from the Rovenzori glacier.

Tributaries of the River Nile

There is no consensus on the source of the River Nile, because although Lake Victoria is large, it is supplied by other rivers such as the Kagera River in western Tanzania. In turn, this is also supplied by its source, the Rukarara River (Rukarara), which was renamed as it flows into Kagera.

Another source of the Nile River that is further afield is the Luvyironza River, which empties into the Ruvubu River and merges with the Kagera River, and then empties into Lake Victoria. This is the oldest known source and remains one of the largest sources south of the Nile. The White Nile, also known as Upper Nile or Upper Nile, merges with the Blue Nile in Khartoum or Sudan's capital Khartoum. At this time the middle section of the Nile or the middle section of the Nile begins. The route goes from Khartoum to Aswan, with a total length of approximately 1.800 kilometers.

Finally, the Nile River flows into the Mediterranean Sea through its tributaries, forming the Nile River Delta, which is one of the largest deltas in the world. It is a vast and fertile area of ​​northern Egypt, formerly known as Lower Egypt, with a high population density and suitable for agricultural development. You can see a map of the mouth of the Nile River below.

The Nile River is usually related to Egypt and its cities, but it flows through 10 African countries in total: Burundi, Tanzania, Rwanda, Uganda, Kenya, South Sudan, Sudan, the Democratic Republic of the Congo, Ethiopia, and Egypt itself.

Although the climate of the Nile River is only a few meters from the desert, its fertile waters allow the nearby vegetation to proliferate, it is not only used for agricultural purposes, but also its largest index is papyrus plants, which is why it has been used before the discovery of paper.

In addition, the area is famous for its large amount of grasses and long-stemmed species such as reeds and bamboo. The types of trees found along the way include spiny Hasab, ebony, and prairie acacia, which can reach up to 14 meters in height.

The Nile has diversified biodiversity and adapted to high-temperature living conditions. Mammals include hippos, elephants, giraffes, okapi, buffalo, and leopards.

Species such as gray herons, dwarf gulls, great cormorants and common spoons have been found in the poultry fauna. Among the reptiles, the Nile monitor lizard, the second largest Nile crocodile in the world, and the loggerhead turtle are particularly prominent. The Nile River is home to approximately 129 species of fish, 26 of which are endemic, which means that only these fish inhabit.

I hope that with this information you can learn more about the Nile River and its characteristics.