Having seen everything related to him Precambrian eon, we move forward in time to visit the Mesozoic. Following the guidelines of geological time, the Mesozoic is an era known as the age of dinosaurs. It comprises three periods called Triassic, Jurassic and Cretaceous. During this era, numerous events took place on our planet Earth that we will see in detail throughout this post.

Do you want to know everything that happened in the Mesozoic? You just have to keep reading.

The Mesozoic occurred between approximately 245 million years and lasted until 65 million years ago. This era lasted in total about 180 million years. During the course of this time vertebrates developed, diversified, and conquered all places on Earth.

The nucleus of the cells becomes the center of coordination and reception of all the information. It is considered the brain of cells, but it is beginning to speak of the brain in fish. At this time the successive evolutions of amphibians, reptiles, birds and mammals take place in which the brain is developing and training to handle a greater amount of information.

In this era the continents and islands that were gathered in the Pangea begin to take on their present appearance little by little. Large orogenic movements do not occur and the climate is generally stable, hot and humid. This is the reason why reptiles reached an extraordinary development to the point of dinosaurs. The size of these animals was gigantic and, due to their great abundance, the Mesozoic is also known as the Age of Reptiles.

Some reptiles learned to fly. It must be mentioned that, as in all eras and periods, there was an extinction of large groups of animals such as trilobites, graptolites and armored fish.

This great evolutionary leap had a great impact on animal life, since plants are the main source of food and subsistence for many of them. angiosperms are also conditioning factors for humans, since the vast majority of crops around the world come from them.

The big ones reptiles or also called dinosaurs dominated the earth and air for millions of years. They were the most developed animals. Its end came with the final extinction of the Mesozoic. During this mass extinction, large groups of invertebrates disappeared.

As we have mentioned before, the Mesozoic era is divided into three periods: Triassic, Jurassic, and Cretaceous. Let's see each of them in detail. 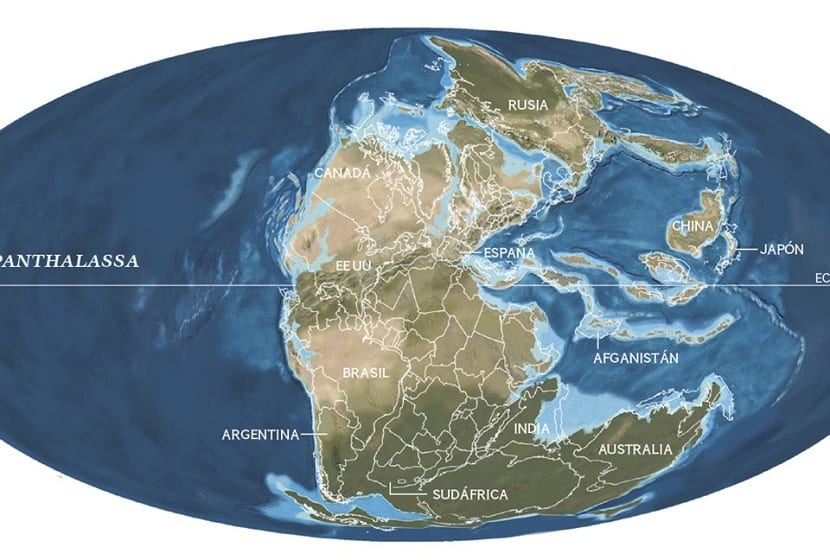 Took place approximately 245 to 213 million years. During this period the first ammonoids were born. Dinosaurs were appearing and diversifying. Around 230 million years ago, the reptile hips were able to adapt for the fastest race. In addition, about 205 million years ago the first pterosaurs (flying reptiles) emerged.

The Triassic marks the appearance of the first true mammals and the first birds. Birds arose from carnivorous, light, bipedal dinosaurs. The dinosaurs were able to launch into the air and conquer the air environment. For this, the forelimbs were gradually transformed into wings for flight and the hindlimbs became thinner and lighter.

On the other hand, his body was covered with protective and waterproof feathers and gradually became smaller and lighter. His entire organism adapted for more or less prolonged flights.

As for the land, the most abundant trees were evergreen, mostly conifers and ginkgos. As we have mentioned before, during the Triassic, Pangea split into two supercontinents called Laurasia and Gondwana. 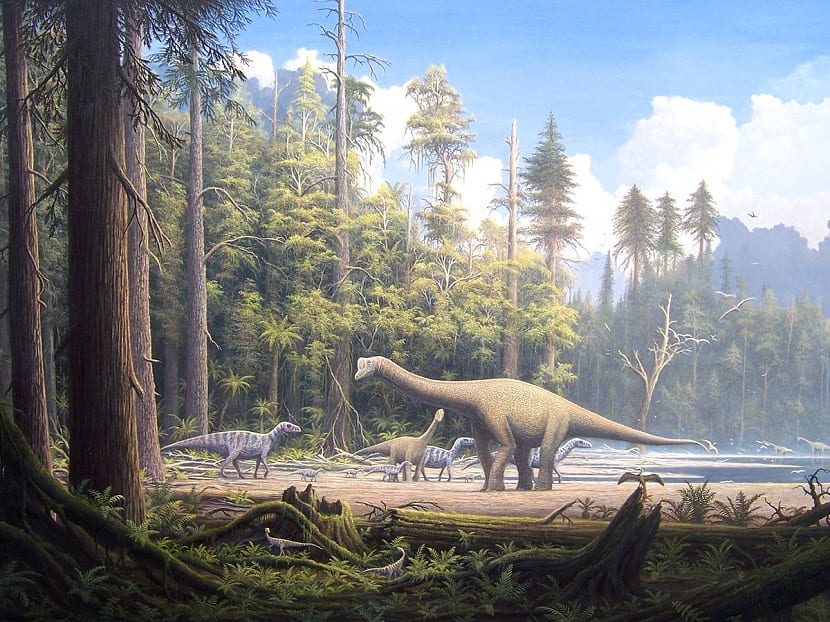 The Jurassic period took place approximately 213 to 144 million years. As you can see in the movies, this was the golden age of the dinosaurs. This is because the climate is quite hot and humid and favors its growth. The growth of exuberant vegetation and its proliferation was also favored.

As the continents parted, the seas grew and joined, while shallow and warm seawater stretched across Europe and other landmasses. By the end of the Jurassic, these seas began to dry up, leaving large deposits of limestone rock that came from coral reefs and marine invertebrates.

The land part was dominated by dinosaurs, while the number of marine dinosaurs grew like ichthyosaurs and plesiosaurs. As we mentioned before, dinosaurs were able to spread by all three possible means. Mammals remained small throughout this period. The corals that make up the reefs grew in shallow waters off the coast. 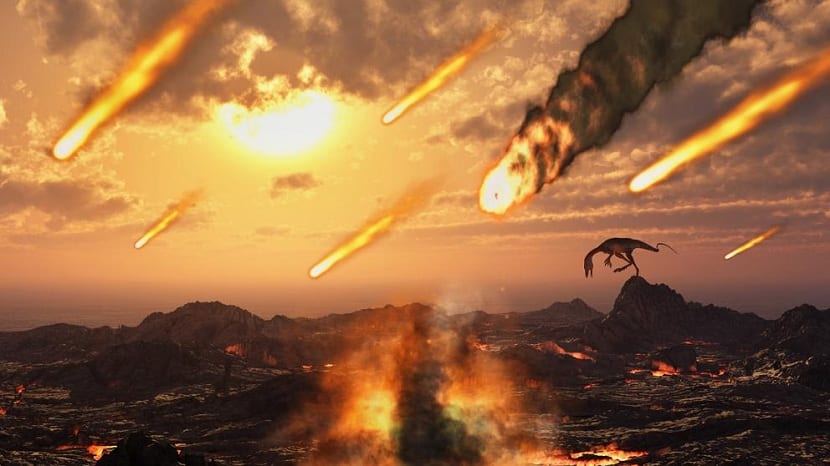 The Cretaceous took place approximately 145 to 65 million years. It is the period that marks the end of the Mesozoic and the beginning of the Cenozoic. During this period there is a great mass extinction of living beings in which dinosaurs disappear and 75% of all invertebrates. A new evolution begins based on flowering plants, mammals and birds.

Scientists speculate on the causes of the extinction. The most widespread theory is that the changes in climate, atmosphere and gravity that were taking place in this period, was added the fall of a huge meteorite on the Yucatan peninsula. This meteorite greatly changed the living conditions of the Earth and caused the extinction due to lack of adaptation to the new conditions. For this reason, the evolutionary line of the Earth focused on the diversification of birds and mammals.

With this information you can learn more about the Mesozoic.